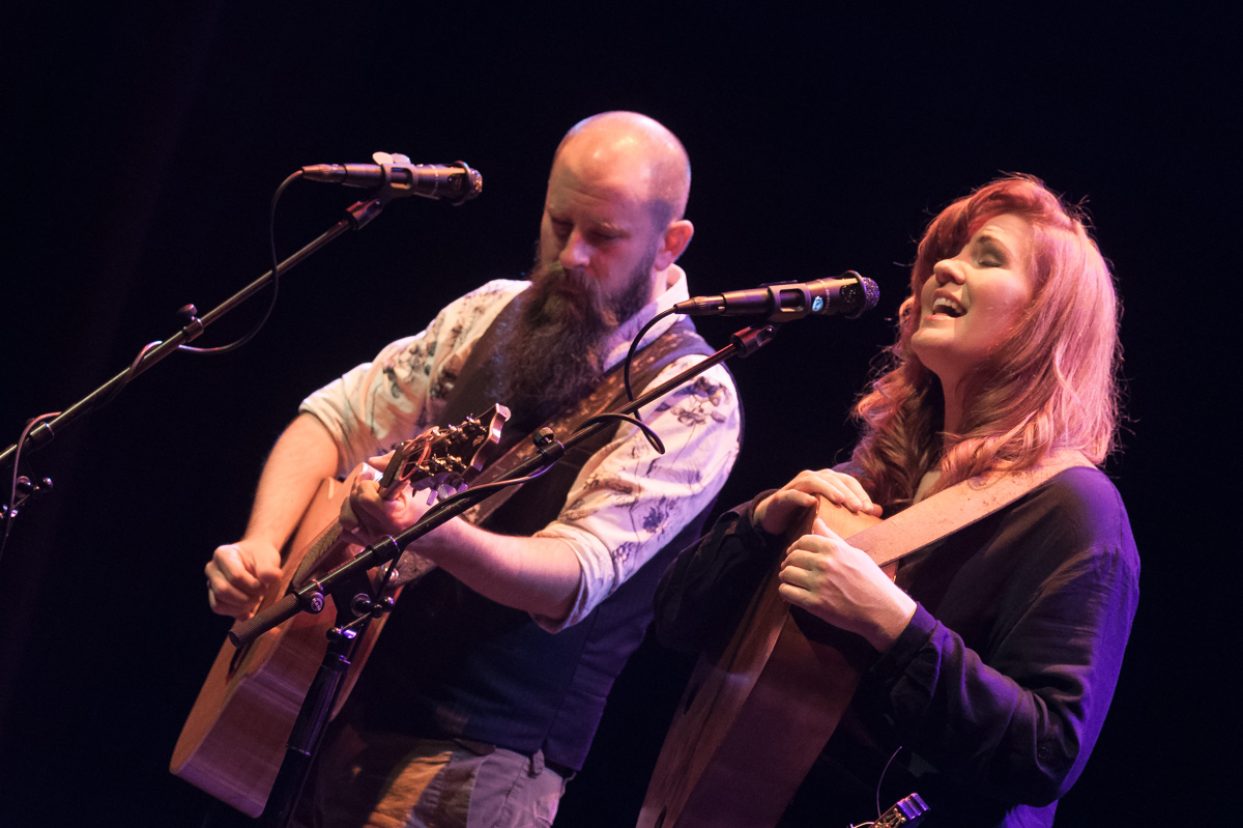 Into The East – Live @ The Meteor Theatre, Hamilton.

Expertly crafted arrangements, stunning vocals, and well-scripted songs will only get you so far in the music industry, apparently.

There was a comfortable serenity in the air at the Meteor Theatre last night as Liv and Graeme worked their way through a two and a bit hour set, and for such a bleak place as this black-box theatre, their quick-witted and road-seasoned skills of breaking the ice and creating a comfortable vibe were well utilised.

The evening comprised a good balance of tracks from the first album Fight From the Inside and their latest offering, How to Turn A Blind Eye. Graeme hit the mark early on with ‘Black Hills Dakota‘ showcasing their artistry, and ‘An Open Letter To Those We Once Respected‘ delivering a well-deserved poke. But ‘What Have I Done‘ being the clear standout for me – Liv taking one of my favourite early tracks to another level with raw emotion.

In the tradition of any good traveling show amusing banter, stories from the road with plenty of laughs and crack-up moments.

The intimate crowd was hooked,  offering appreciative murmurs of approval after the real tear jerkers, then on other songs brief pauses after the last chord is played before applauding gratefully – a sign of respect to the musicians and, more likely, to savour every last drop of music before the atmosphere is ruined with clapping. Whether newbies or veteran ‘Easters’, all were aware this is a crowning moment in NZ music that will soon be no more.

To know the band is finishing this tour and parting ways is a bitter pill to swallow in a time where we seem to be losing great musicians left right and center, somewhat casting a sober aura over the night, at least for me. 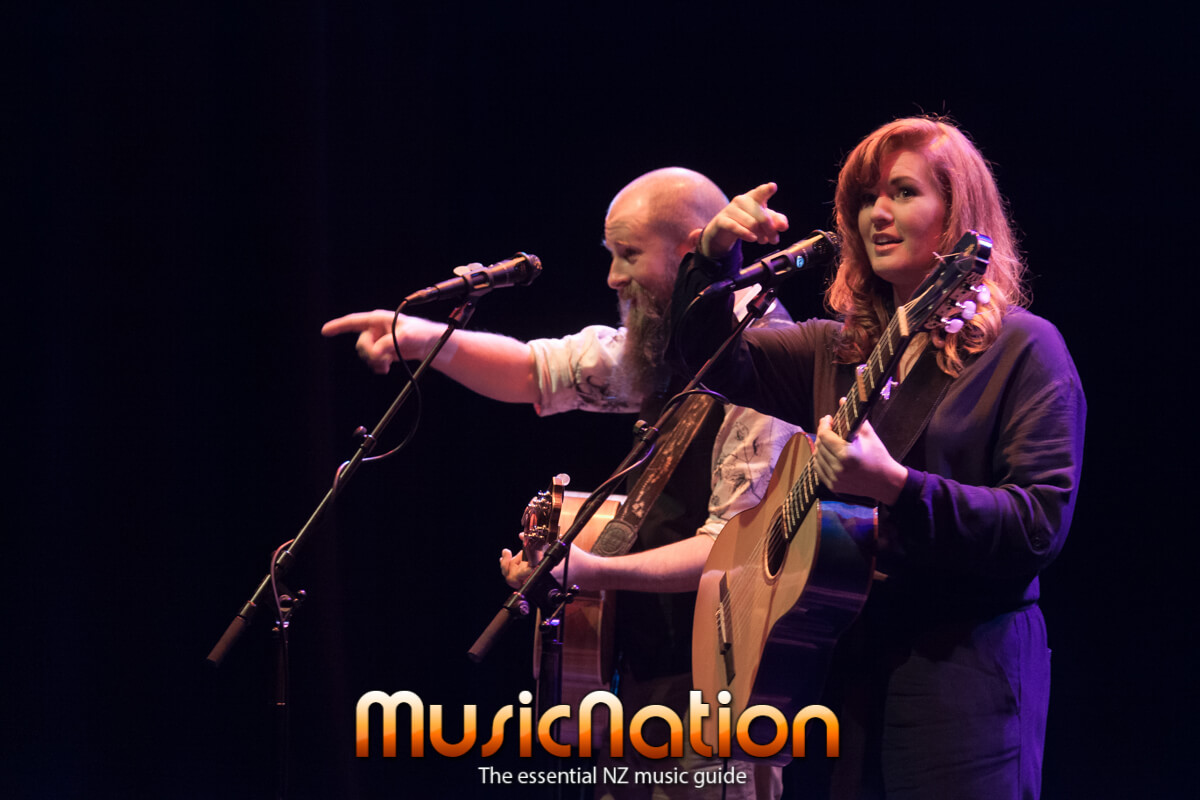 So how do you review a band like Into The East then? Technically everything is on point – songs are certainly well crafted, road tested and perfected. The sound was excellent, thanks to ‘adopted’ sound man Vance Manu. Even the CD  and poster design is faultless.

But there is something else that runs deeper than good songs and clever branding.

There comes a point during the night as a reviewer when you just give up trying to become analytical of a performance and accept that this is about as about a good as live music gets.

I don’t believe Into The East are simply a ‘love them or hate them’ band – you either love their music, or you have no taste.

Also, don’t be fooled into thinking this is ‘just’ a folk band, they’re more than such a simplistic stereotype could characterise. Into The East are storytellers with volume coming from words, not the guitar amps. Restraint is an instrument used to draw you in closer. The quiet between notes is deafening at times. Tempo is finely tuned, allowing words to hang in the air and giving time for digestion of the lyrics. These songs are deeply personal to both Liv and Graeme, that is obvious, but their songs effect all in the audience on some level.

It’s easy to feel like an outsider looking through the proverbial kitchen window at the lives of these two people. There is such a deep connection between both when performing; they often lose touch with the audience to become lost in their own words. The songs have power to leave an indelible impression on anyone fortunate enough to experience the show.

It’s not just about great songs, or beautiful harmonies and all that stuff – It’s about two people and their unfiltered perspective on life that average Kiwi’s often feel too reserved to talk about openly. Whether intentional or not, they’re singing about our lives too and telling the stories in a way only direct, no-nonsense, Southlander songwriting can do. Some songs have the potential to effect deeper than you may care to admit, and this honesty is probably a large contributor to the band’s success.

See Into The East while you still can, give them a hug after the show and buy a CD. This is a special opportunity that will soon be only memories of what might have been.