Propellerhead Reason 9.5 – Thinking Inside The Box

Propellerhead Software released version 9.5 of their venerable Reason software this year, and since we loved version 8 so much, we thought it only fair to check out the latest version to see what’s on offer this time around…and as it turns out, quite a lot, actually.

Thanks for tuning in again to StudioWise, we’re checking out one of the big guns in the digital audio workstation scene, the one and only Reason. The last time we were here was 3 years ago with version 8, which at the time was a mammoth leap forward for the company, introducing many ground-breaking features and improvements. Reason has always been considered the black sheep due to its total snobbery of the VST standard all other developers have adapted, but with 9.5 shock announcement of full VST support – the internet we crazy.

What is the Reason? 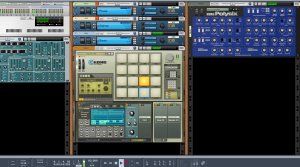 If you’re unfamiliar with Reason, let’s look at the major differences between this the competition.  Reason’s basic schtick is to emulate real-world studio environments, so things like rack units actually look and behave like their real-world counterparts – you can even flip the rack around to tinker with the patching like you would in your real studio – less all the swearing and bloody knuckles.

Reason features a true SSL emulation mixing console, again following a real-world signal flow from input gain through dynamics, EQ, inserts to the main faders – just like in your studio. In essence, you can patch anything to anywhere, insert any effect on any track or instrument. It’s a digital sandbox playground for people who love the engineering side as much as the audio side of making music.

Technically any DAW can do this, but with Reason, there is more tactile feel due to the visual elements making more sense with our monkey brains. You don’t need to think like a computer, just follow your instincts and things will fall into place.

Reason has a couple of pretty nifty party tricks up it sleave as well. You are able to make ‘super racks’ inside your racks (?!) using the amazing Combinator.  Think of a Combinator as a rack inside a rack. Technically a subgroup, however, the ability to split MIDI to individual instruments, customise your patching and create individual mixes all within a single combinator opens up a world of possibilities that would prohibitively difficult to do in any other DAW. 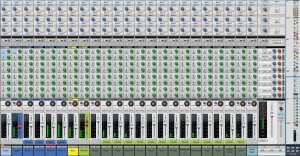 Reason has an amazing audio engine that flawlessly resamples audio on the fly, meaning sampling, looping, pitching samples is a breeze. Assigning any samples to, for instance, a drum pad or keyboard stroke is easy. Chopping up samples and rearranging the output becomes extremely useful for more than trap and dubstep producers now. For sequencing and MIDI arrangements Reason has some really creative tools like a built-in groove arranger, quantize tools and a block mode where you can create chunks of songs and drop them in as you need, aka Ableton Live style. 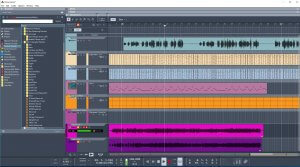 Reason has a built-in shop where you can purchase extra rack units (Rack Extension), samples packs or even some VST instruments. Mostly everything is excellent value, around $25-$50, though a few titles push into the higher $100’s. You can easily shop for a bunch of top quality 3rd party plugins for a fraction of what you’d spend on VST’s elsewhere.

So there’s a lot to see and do within Reason if you’re considering a change from another DAW, and personally, I feel its easiest workflow of the lot once you’re familiar with a few rudimentary differences.

Reason, unfortunately, suffers a fairly dramatic performance hit due to all the routing and DSP eye candy, so don’t expect stellar performance.

Mostly we found around 5-10% drop over similar projects in Reaper or StudioOne, which is not a huge problem – however large orchestral templates with 100+ tracks literally ground to a complete halt unless you start bouncing down takes.

If you are requiring absolute cutting edge performance this may be a deal breaker, but for the vast majority of projects, you shouldn’t come near the performance cap. We know Propellerheads will be working frantically to increase performance in future releases, so it’s just a case of enjoying the view and being patient.

Price wise, Reason is reasonable (bad pun intended). Out of the box, Reason contains a massive collection of instruments and effects, pretty much everything you need. With full VST support now you can use all your effects and instruments directly with Reason, so chances are you won’t need to extend your credit card on the store at anytime soon.

Should I Make The Switch?

Jumping ship from one DAW to another is a major consideration. Since none of the developers shares a global project structure,  not only will the learning curve be a consideration but the problem of losing all of your old project files, or at least having to convert them to the new platform. 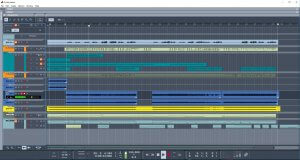 One thing in Reasons favour is its project structure. Unlike a typical DAW where files and audio data can be spread throughout your system in many directories, Reason projects are all combined into one proprietary file. Sure, this file could become rather large depending on the size of your project, but everything is wrapped up in a little package where nothing gets lost or corrupted.

From a learning point of view, Reason will make more sense to a studio veteran. The workflow is designed to emulate a real-world recording studio, which will immediately make perfect sense to studio guys, and confuse the heck out of a Machine/Abelton/Fruity Loops producers.

The big upside to this, I believe, is learning real-world techniques like gain structure, signal flow, bus summing and the multitude of basic skill required by an audio engineer is invaluable and leads to a better understanding of the processes for creating better mixes.

Reason forces you to be creative. An essential part of the workflow is experimenting with rack devices – trying stuff to see what stuff does. The massive collection of presets, samples and combinator patches will make your head spin. If you find yourself struggling for a creative spark, Reason might be your prayers answered.

Reason has a very simplistic core workflow that rapidly becomes more complicated as you stack up synths and rack effects. Some will revel in this environment, other go crosseyed.

Reason is not as good for simple tracking, comping and mixing as, say, Reaper. If all you do is track and mix bands you will be frustrated at the performance requirements. Reason is, however, best for songwriting, production and composition.

Reasons skeuomorphic** design is engaging, and dare I say it, fun. It’s literally a huge sandbox filled with all your favourite toys. If you’re a noise-toy geek, tweaker and knob twister – this will be your happy place. If you drive the longer coast road because of the scenery, if you prefer to wear different coloured socks, if you own more suspenders than belts – sure, you’re probably a hipster, but you’re definitely a Reason user too.

At the end of the day it comes down to what make you make better music, and for me – even with the DSP hit, Reason just feels like home. I’m instantly in the zone when I start dropping in rack units, plugging in synths and tweaking the mixing console – I just love that, it’s my happy place, and it shows in the music I make with Reason. In other DAWs, routing up a bunch of effects sends and subgroups is a pain – in Reason I look forward to doing it.

You can download Reason 9.5 for a 14-day trial which I highly recommend you do. Just set aside a few days to really get to know the interface, watch a few tutorial videos (the official ones are excellent) and just have some fun with it. I will guarantee you won’t want to give it back.

Full details and a trial download on Propellorheads site: www.propellerheads.se