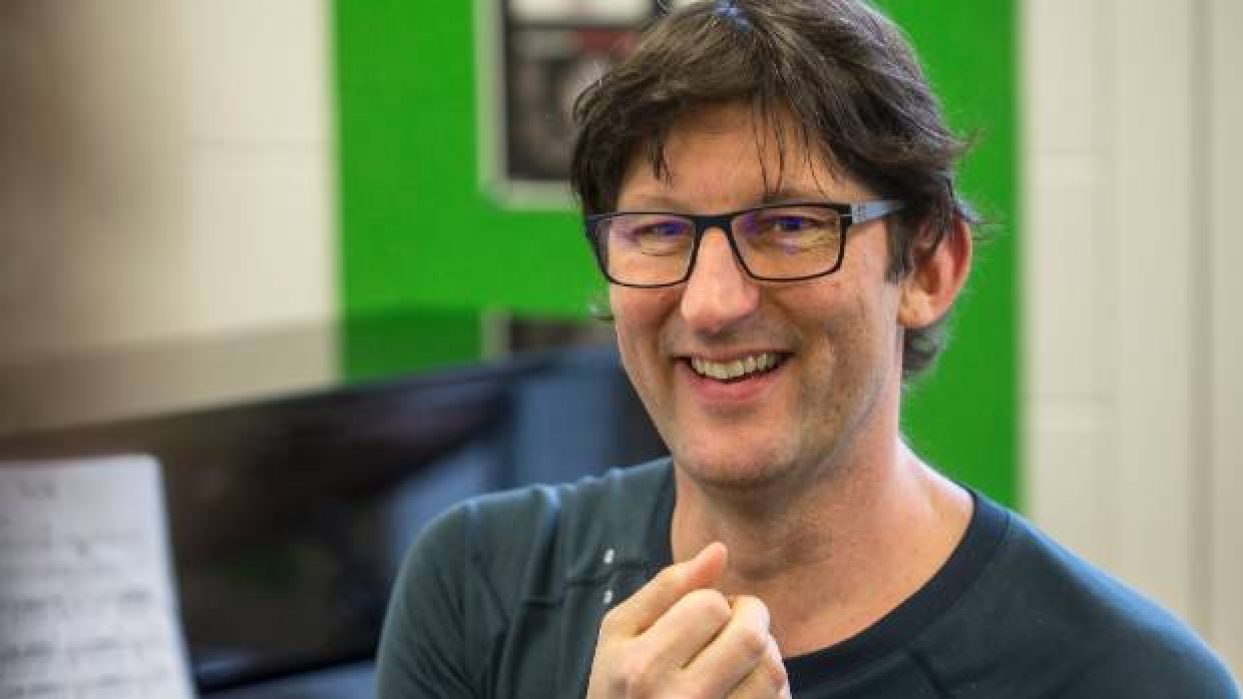 25 years in the writing and a year in the recording, Canterbury singer, composer, musician and teacher Jonathan Densem will officially launch his album I’M SAYING IT NOW in mid-December.

The first single released from the album is ‘Beautiful Girl’, at radio now.

48-year-old Densem has inoperable brain cancer, diagnosed two years ago. He has always wanted to record an album and suddenly that became a goal, which had to be achieved within a very firm timeframe.

Over the last year, Densem and his family have travelled an incredible journey with highly skilled musicians, culminating in the recording of I’M SAYING IT NOW at what he describes as the best studio in the southern hemisphere, Neil Finn’s Roundhead Studios in Auckland.

“What an experience,” he says. “I even managed to get some feedback from the great man himself.”

For the last few years and until his diagnosis, Densem was a full-time singing and piano teacher, and prior to that he had performed extensively in Australia and New Zealand. Densem had also had written a raft of songs which were ready for recording.

“Whenever I played them for people, they’d ask if I had an album they could buy, and now I do,” he says.

“All writers write from their own experience – even if the story is completely made up. Every one of these songs comes from somewhere in my heart, my life. “Cape Reinga” comes from my visit to that amazing place after my father died when he was just 47.  It’s a laid-back groove sort of song and intrinsically Kiwi. Actually, it’s one of the first songs I ever wrote. On the other hand my first single ‘Beautiful Girl’ is a pure and unashamed pop song,” he says.

I’M SAYING IT NOW can be downloaded from www.jonathandensem.com and the CDs are also shipping now.

“25 years in the writing, one year in the making; I am thrilled with the result. As an added bonus I get the joy of catching my sons absent mindedly singing one of my songs as they go about their life…just as if they had heard it on the radio. I know they’ll always have this to remember me by.”

The official launch of I’M SAYING IT NOW will be held on December 11 at the Charles Luney Theatre at St Margaret’s in Christchurch, a ticketed performance of songs from the album.

In late 2016, Jonathan’s wife of 21 years Emma Smetham, put together a Give a Little Campaign which raised $57,000 towards the recording an album of his songs.

Over the last 12 months, Jonathan and his family have embarked on an incredible journey with highly skilled musicians, culminating in the recording of “I’m Saying It Now” at what he describes as the best studio in the southern hemisphere, Tim Finn’s Roundhead Studio’s in Auckland.

The official album launch will be held at the Charles Luney Theatre at St Margaret’s in Christchurch on December 11, a ticketed performance of some of the songs from the album.

Jonathan has good and bad days; he gets extremely tired but he is energised and excited by the launch of his album.

“25 years in the writing, one year in the making; I am extremely pleased with the result and know our sons will always have something to remember me by.”