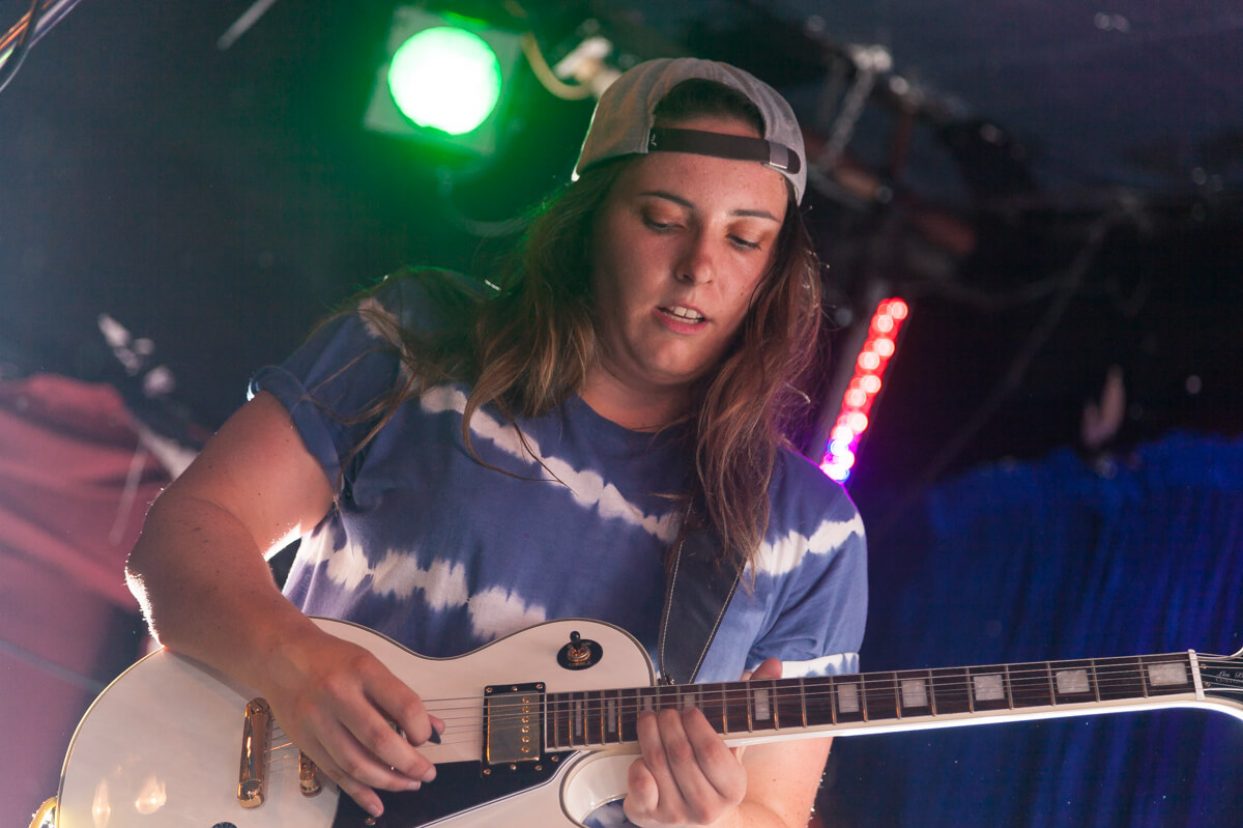 Violet Highway began their show at the Kings Arms by giving the audience an exclusive screening of their new video Desire.

Violet Highway began their show at the Kings Arms by giving the audience an exclusive screening of their new video Desire, which will be released in the next few weeks. After the screening, the band ripped into their 10 song set which was fiery and full of energy.

Frontwoman/guitarist Jacqui Munro has a powerful voice reminiscent of Joan Jett and other punk rock female vocalists. Her vocals sat nicely over the sound of her Les Paul guitar and the grooving rhythm section behind her. Behind the drums was James (who somewhat reminded me of Animal from the Muppets!) and Ant on Bass.

Distorted bass riffs and guitar solos kept the set musically interesting and the wild drumming which sent multiple cymbals flying off the drum-kit was an entertaining moment! Personal favourites for me were ‘Friday Night’ and ‘Spinning Round’, the latter had audience members spinning on the dance floor.

The band wrapped up their set plugging their video by performing ‘Desire’ which is a great bluesy track that is great to dance along to.

Special guests She Loves You then played an amazing set which ended the night perfectly.

It is worth noting that I saw Violet Highway play at Ding Dong Lounge a couple of years ago and thought they were awesome, but they’ve definitely evolved and gotten even better musically since I last saw them which is great to see!  Both Violet Highway and She Loves You were a pleasure to watch, I can’t think of a better way to spend a Thursday night!

Check out the sweet vid for Desire, filmed and professionally produced by Chillbox Creative and directed by the talented Mr. Tom Augustine.  All filmed in one take, the video depicts a night in the life of a lonely taxi driver, tracking back and forth from her front seat isolation to the various characters and scenarios in the backseat, each a riff or symbol of the familiar emotions that we associate with desire…