It was an intimate climate walking into the venue; with Villainy spread out among the crowd and open to casual yarns with friends and fans throughout the night. Decades, (formerly known under a different name) warmed up the stage with their first ever live show. The transitions between their tracks were seamless, and they delivered a great, punchy sound with solid attitude. Their lead singer had a captivating stage presence to go with commanding and powerful vocals, and the arrangement of their tracks were wicked-clever.  The result was this punchy, slightly poppy, brand of alt-rock that was beyond catchy. Their last song ‘Terrifies’ was my pick for their set with a sound reminiscent of 90s grunge that was both gripping and roaring. I would absolutely give them a listen if they haven’t yet reached your playlist.

The introductory ‘bee-hive’ type noise of Villainy’s Give Up The Ghost starts, without warning, over the intermission music; letting the sound guy know they’re ready to go ahead. Their movements and attack, on both their instruments and their space, were sharp and totally in tune with the tracks’ drive. It was jerky and jagged like the verse’s two-note riff; then watching them explode into movement and intensity during the breakdown to this song was fierce.

After playing venues like Westpac Stadium in Wellington, and Western Springs Stadium in Auckland over the past week I was curious as to why they would come back to such a tiny venue such as The Lucha Lounge, and also how they would command themselves on that cramped stage; but the space was actually wicked. It was tight but cozy, with Pedaltrain cases used as a makeshift aid in extending the stage to hold microphone stands, effects pedals, and Christmas hats. They didn’t make themselves looked cramped at all, in fact. Drums took a prominent presence center stage, whilst Thom, Neill, and James dominated in their own spaces without losing awareness of each other – this is not an easy task, but they made it look like a cake walk. Besides the restrictions, a brush with a low hanging light shade was the only visible complication with space that evening. The intimacy also made for a tech-head’s heaven as you could spy over the effects, and amps that make for that unique Villainy sound.

Tinsel was shaking on the bass drum and their Santa hat-wearing bassist, James,  made for some eye-catching head-banging as Villainy played Dead Sight all the way through for the last time this year. Neill and Dave’s vocals were record perfect, whilst the mix and levels were absolutely spot on. Tantalus started dark and ominous and both James and Dave were baring teeth for those gritty hooks.

There was copious amounts of personality on stage tonight. Even Neill’s brush with food poisoning (which sent him off stage several times in the evening) didn’t keep the bands’ spirits down, or even effect Neill’s showmanship. Whilst the band waited for Neill to catch some air, Dave announced that it was the moment we had all been waiting for, “that part where we get to make up an awesome instrumental song”. So we got to see some raw villainy jamming in the flesh – how often do you get this at a live gig? The impromptu jam also managed to stick to the theme with incorporation of some Christmassy ‘parum pa puhm puhm’s’. Villainy finish on The Great Unknown, and what a wicked show to end a successful year. 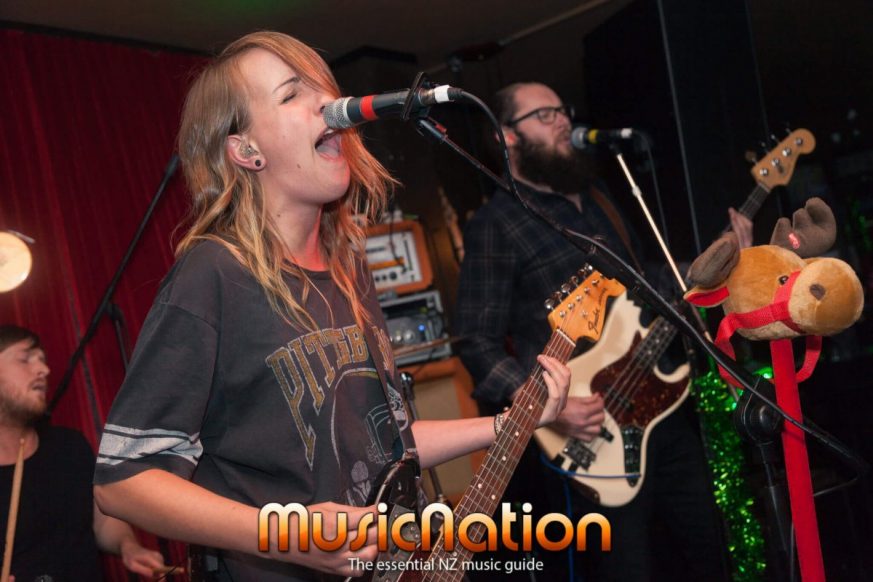 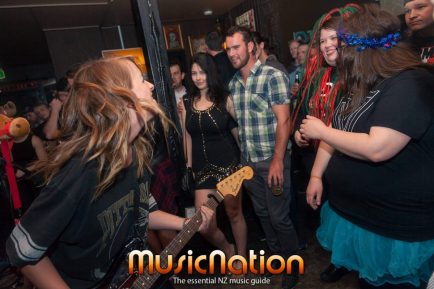 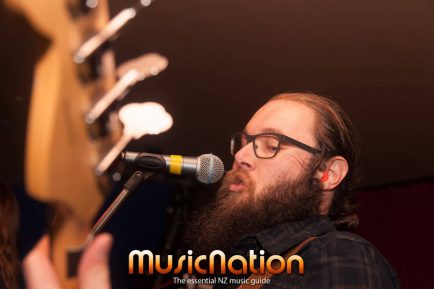 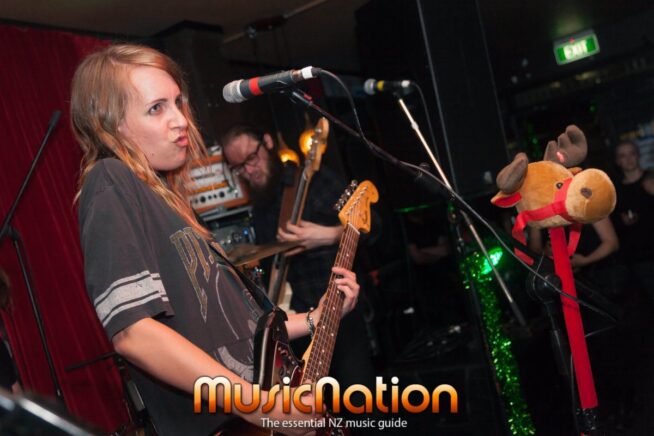 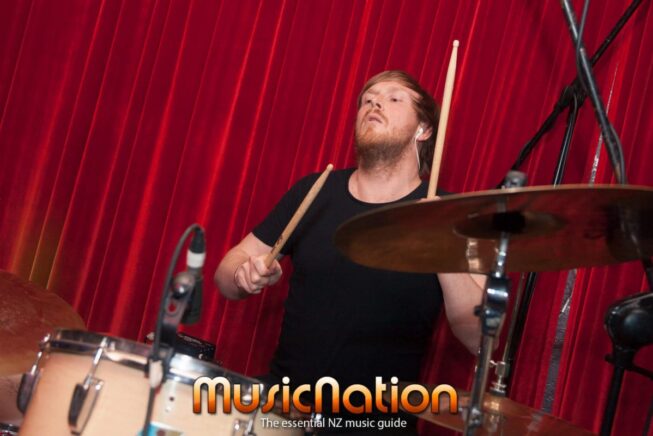 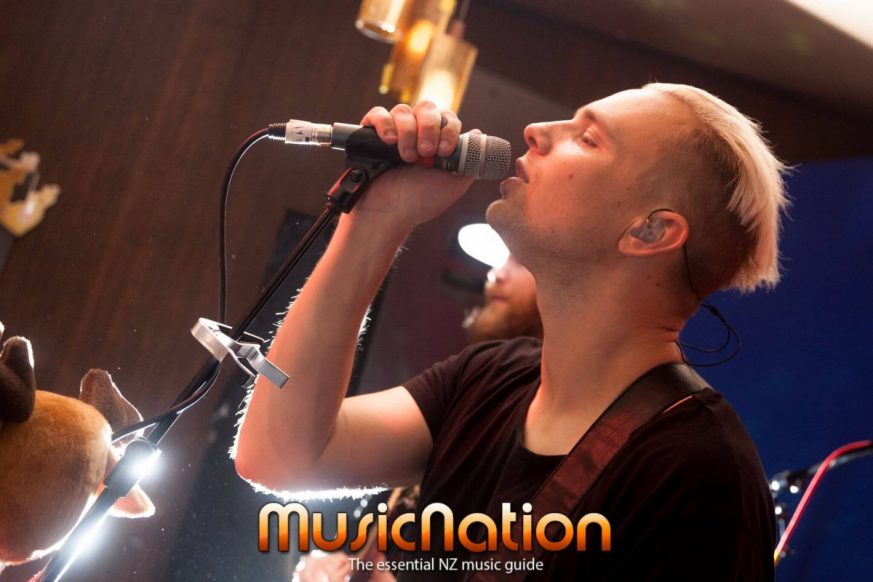 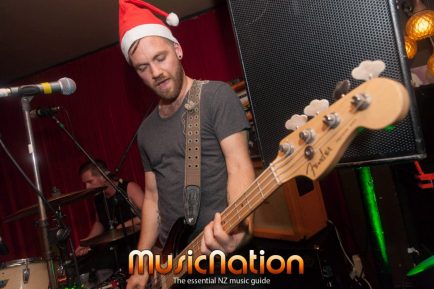 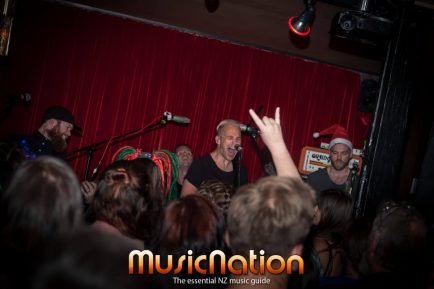 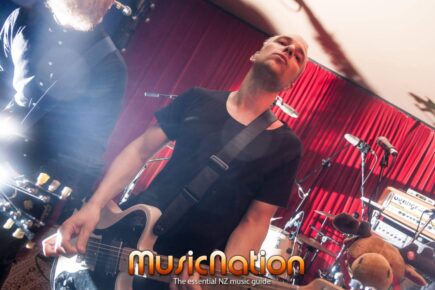 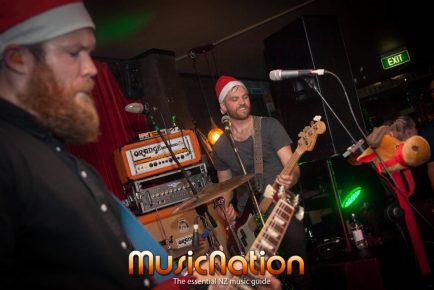 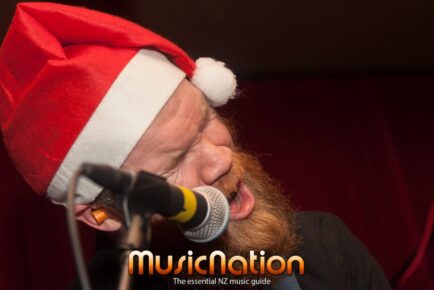