The Feelers – Live @ The Albany

Almost twenty years since they started writing Supersystem, the boys are back where it all began. Released in 1998, it went 5x platinum, and is now making its way back into 2015 with a remastered sparkle and a New Zealand Tour.

The second show of their tour landed them in the iconic Albany pub. Patrons lined the old villa style decks; picnic tables and keg leaners made for a social outdoor feel; whilst trees overhung the edges of the crowd on an absolutely stunning night in Auckland. It had all the makings of a great gig.

James, graced the stage in a nostalgic silver jacket which took me back to their Pressure Man video clip, and I was all amped up to be able to see such an iconic album performed live; but unfortunately the performance showed flaws right from the start. The first thing that I noticed during their first set was sound; The Feelers’ tone can tend to be quite deep and grimy at times but not to the point where the bass drowns out the lead guitar. Andy’s solos were great and were packed full of grit and wah, but unfortunately, you could hardly hear him. Then, when James busted out his acoustic, the tone just wasn’t what it needed to be. The warmth and bass wasn’t quite pushed enough, and the higher notes came out twangy and buzzy. Other than this, and one false start, the drums were absolutely fantastic, and the bass had an enormous presence in the mix.

After I was able to get over a few of these sound difficulties I was able to really focus on what was happening visually on stage. When the sun had totally left us, and The Feelers’ stage lights were the only thing lighting them from the back and sides of the gazebo, it created these almost silhouetted figures on stage, with smoke machines also filling up the tent. For this reason, it wasn’t the greatest for photos but kept a moody ambience to the stage, and perhaps was a way of masking their absolute lack of stage presence. Besides Hamish Gee, who was smashing it on the drum kit, the other three members were very… stationary. It wasn’t like seeing a band who had been performing for twenty years together, as they seemed almost uncomfortable with the using the space around them and in turn, created very little vibe. To close your eyes was to hear music that was pumping full of energy, but open them and it was like you were watching a completely different band to what you were hearing. Communications between Matt and Hamish showed some personality, and Andy’s behind-the-head solo was a nice little treat, but on such a sterile stage it almost seemed out of place. 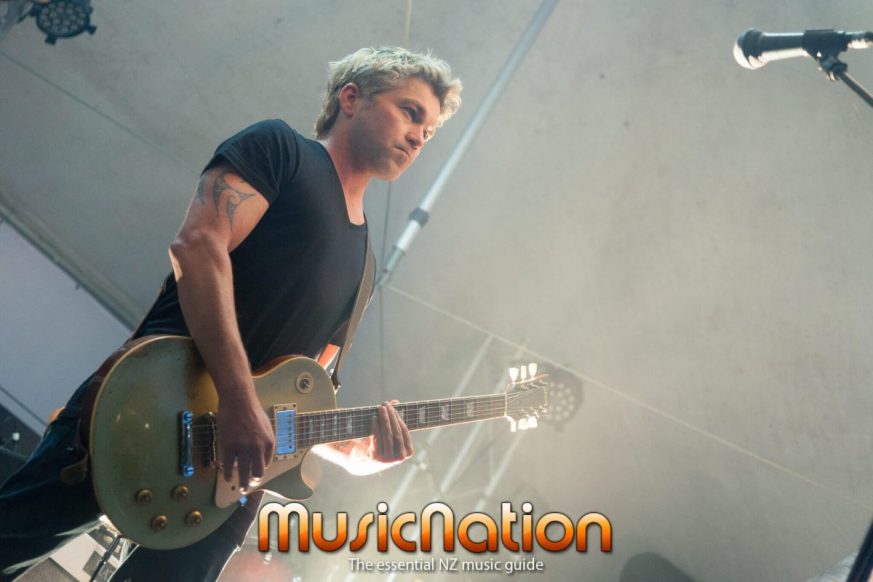 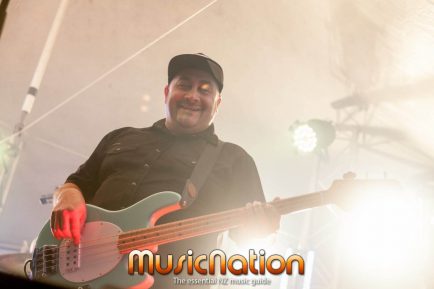 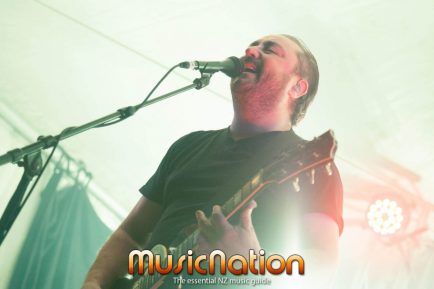 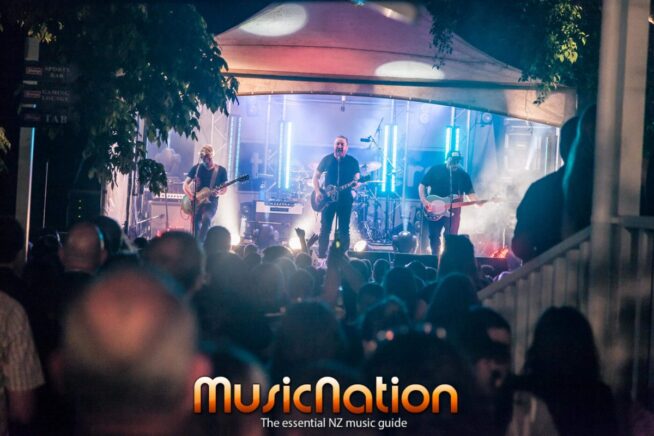 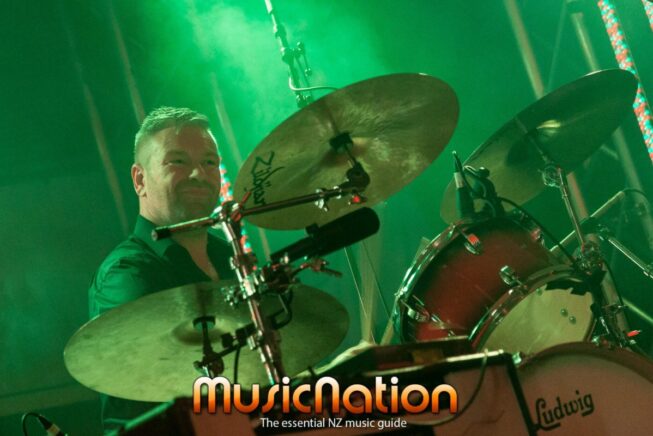 The Feelers’ two-set run was a fantastic idea in this setting. Having a break in between their Supersystem set and their greatest hits set meant that the audience could go get a drink or a bite to eat, and find a good spot in the Albany pub for a good yarn; it was very sociable and relaxed.

Now I can’t say that I didn’t enjoy myself; it was great to hear the music (especially during their second set where the mix was perfected and the volume was pumped right up) and the Albany pub is a fantastic live music venue, but to watch them was a non-event. The volume was cranking for Astronaut, which got me pumped as it’s definitely one of my picks; In fact the whole second set was a much better sound, with guitar having more presence, creating more texture and therefore, more impact overall. By the time One started playing, heads were bobbing and more arms came up, as the crowd was getting louder and more into it.  They encored on Right Here, Right Now, and Stand Up which had the Albany pub in a chorus. Overall, it was a treat to hear these kiwi classics performed live and a fantastic idea to resurface Supersystem on a New Zealand tour, though visually, it was an underwhelming spectacle.

The Feelers – Live @ The Albany was last modified: September 13th, 2017 by Jessie Booth