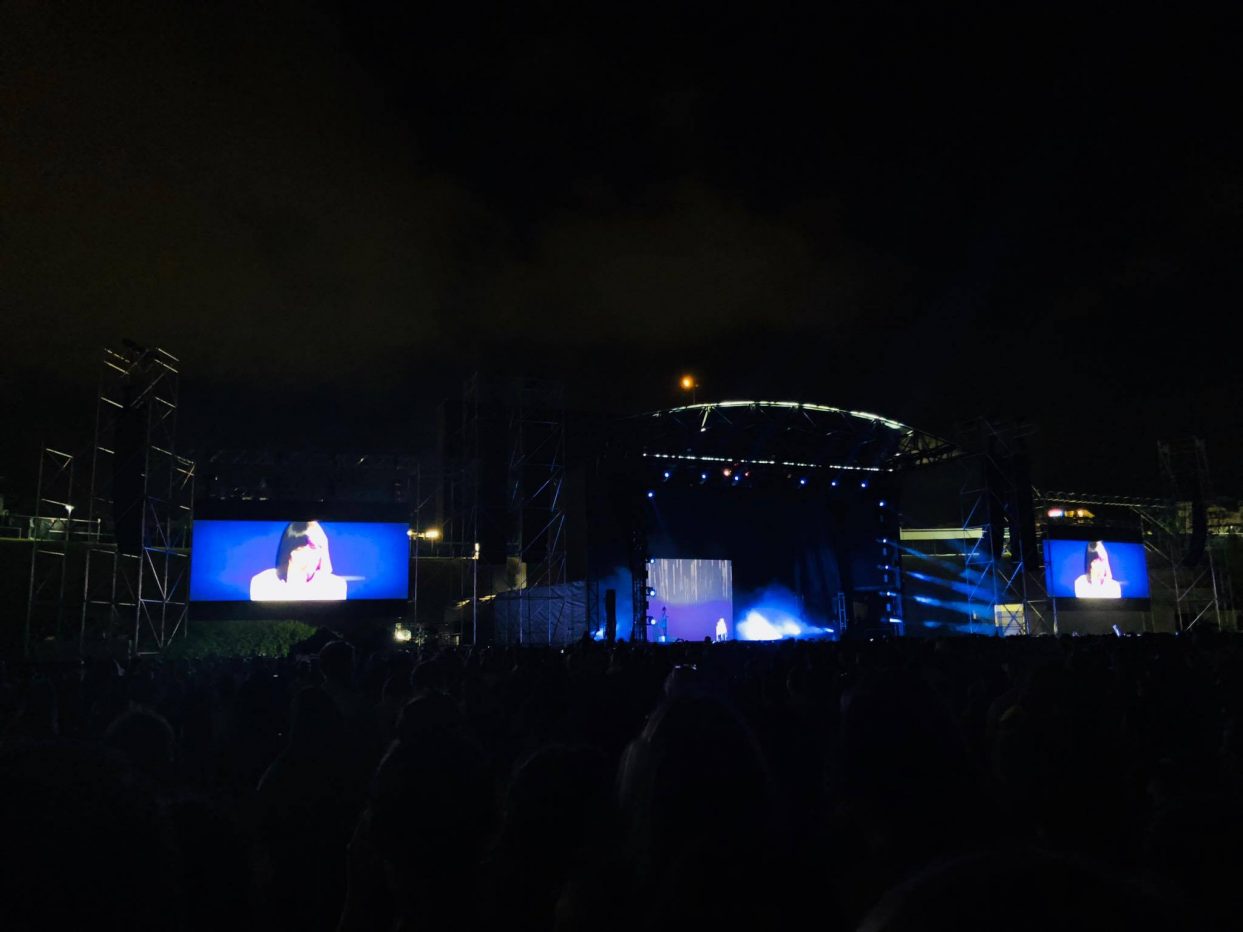 How do you describe such an epic night with so many fantastic acts? It’s quite simple really, absolutely extraordinary. With the sun shining and great excitement in the air, you know you are in for a treat.

With the fabulous Thia kicking off the show for the night, with her recognizable long blonde sleek locks wearing a very cute black jumpsuit the night was already off to a great start. Getting the crowd ready to get in the mood with all the amazing acts yet to be seen. Her vibe had everyone buzzing with 3 amazing songs to start the night off with. Her excitement bounced onto everyone else making it even more exciting!

With a short break, we then had the very energetic Charlie XCX come on and really put on a show for us all. Her glam with glitter pants and black latex top make her stand out in her own accord. She had so much energy the whole time and sung all her iconic songs, really getting the crowd going. She certainly knows how to put on a show. From being super engaging with the crowd, making us all join in with singing and her jumping off stage to be with the crowd as well, it certainly was very energetic.

By this point, more fans are now arriving and really getting in the mood. You can feel a certain hyper buzz within the air. Everyone was just as excited as you were for what was next. Fans from all ages, young to old, mums with their daughters, even dad’s standing with their daughters whether willing or maybe not so much…… people were from all over the place just to come and watch and get on board with the night’s events.

With the mood by far set and all fans really super energetic, Mo a Danish band, hit the stage with even more energy but also a very emotional performance. Each song you could really see the emotion on her face and see she really was loving it. The whole band played ecstatically and were all extremely talented. Mo had an excellent lights display, which was quite perfect as we were just hitting dusk so it also gave it a bit of an eerie feel and really made for an extra emotional performance. Again with so much energy and engaging with the crowd, what more could you ask for from yet another great performer!

And then for the main event, that we had all been building up for, Sia was next! With a brief break, the excitement was just unbelievable and Mt Smart was filling faster in great apprehension for her to put on a major performance!

Her Nostalgic for the Present tour has been in full force travelling to 23 different shows in North America where it all kicked off in September 2016. With a total of 26 shows in total, we really were awaiting her final tour performance to be the biggest and she did not let us down. The Australian singer left all her emotions on the stage in the way she sang her songs.

A super fantastic opening with great lights, smoke machine to give it that misty look and really set the tone for the rest of the evening.  Her vocals were simply perfect and as always in typical Sia style wearing her iconic Black and white wig, hidden face makes it that much more entertaining.

Her show was not only very heartfelt but also had a few surprise actors such as Kirsten Wigg, Paul Dano and Gabby Hoffman each take their turn to show how great an actor they each are. Every detail has been finely tuned to ensure we all feel the right effect as she lets her vulnerabilities take shape to give her amazing performance. Her writing of each song tells a story about how she has struggled with alcoholism, mental health issues as well as drug addiction in her past, perhaps this is the real reason why she has the infamous wig, is she truly hiding how she really feels to ensure we are all entertained by her music and not her choices? You be the judge….

Her show was almost indescribable, as she stood off to the side in a beautiful white dress and big white bow and had her whole dance team put on one of the best performances I’ve seen. Emotion in every facial they made, to the utter strength they had while dancing with each other. Each move had its own story to tell. And what a fantastic story it was! Most enjoyable night, fans loving every second of it hanging off every song, anxiously waiting for the next one really made the night just go by far too fast!