Shayna King – The Day Is Young

Influenced by a cultural background and love of the Arts, Shayna King’s debut album ‘The Day Is Young’ is a dynamic showcase of original contemporary songs. 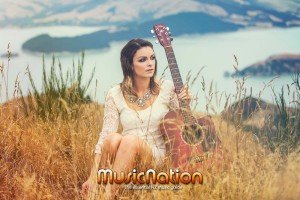 Bridging the gap between Acoustic and Americana Rock, the Christchurch, New Zealand based Singer/Songwriter’s self-funded album is a display of lyrical and melodic creativity; accompanied by her distinctive warm-toned vocals and depth of her full band.

Since picking up her first guitar at age six, King has a built an inspired collection of original songs and a reputation for captivating live performances. Having recently played support for prestigious New Zealand Artist-Collective ‘Fly My Pretties’, UK Legend ‘Nik Kershaw’ and Australia’s Mark Wilkinson, she also performs as a full-time artist around Canterbury and will be touring New Zealand with her band this coming May.

Along with stunning reviews, the album ‘The Day Is Young’ debuted at number 6 on the iTunes Singer-songwriter chart and was recently nominated for a 2014 Taite Music Prize. 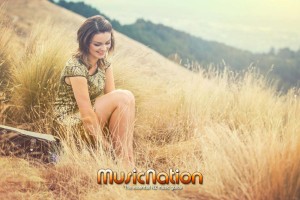 The first single released off the album “Broken Hearts” received significant support and was placed second overall in the New Zealand Unreleased Chart for www.theaudience.co.nz – September 2012.

The Album’s Title Track was released in May 2013 in conjunction with New Zealand Music Month and was also selected as a semi-finalist in the 2013 International Unsigned Only song-writing competition.

‘The Day Is Young’ was recorded at Christchurch’s Angels Gate Recording Studio with Producer Kevin Allison. The album features a diverse range of local artists; including members of the Christchurch Symphony Orchestra and musical appearances from a member of world-renowned US band ‘Smash Mouth.’