Shayna King is back and Calling You! 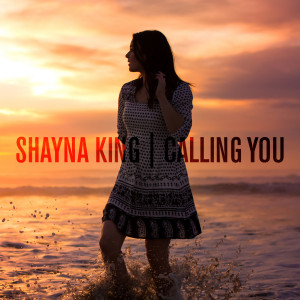 When I reviewed Alternative Singer Songwriter, Shayna King’s debut album ‘The Day Is Young’ last year, I said the album was “A remarkable release from an emerging artist,” also stating that “I for one am intrigued with what will come next.” Well I am very happy to announce that what was next, has arrived today, and I sure am glad I stuck around waiting for it.

Straight off the back of a nationwide tour, King releases her latest single ‘Calling You’ today to great acclaim, with the single having already reached number 15 on the iTunes charts on it’s second day of pre-orders earlier this month!

‘Calling You’ is a beautiful, melodic and mesmerising piece of work that will cast your mind straight to those memories of summer and the days of sunbathing, swimming and running around at the beach.

The single definitely showcases a more mature and developed side to King’s songwriting and again makes me look forward to whatever her next release may be. (Although let’s just focus on this fantastic release right now!)

As the song begins with the soft strum of what is a very catchy rhythm along with the sweet ‘ooohs’ from King vocally, the song continues, building up with great momentum, following a slight pause, before the drums chime in, ensuring you won’t be able to sit still while blasting this on your speakers.

The upbeat rhythm of the acoustic guitar essentially drives the song radiantly with great strength as the toe tapping rhythm of the drums and pure delicately soothing vocals of King intertwine with one another, nothing but outstandingly.

As the soft ‘ooohs’ continue echoing throughout the song as the pre-chorus perfectly building up momentum to the chorus, the addition of a refreshing and echoey electric guitar riff throughout one of the pre choruses adds an exceptional twist to the great tune, showing King’s great skill and ear for not only songwriting but also composition of instrumentation.

‘Calling You’ also shows King’s side as a producer, having been self-produced alongside co-producer and engineer Nick Poortman at Christchurch’s Quicksand Recording Studio.

Like I said in my review of her album, “she can only get better,” and this single proves that. ‘Calling You’ would be the perfect summer road trip tune, so with my advice, I’d add it to your playlist now.

If you weren’t a Shayna King fan previously, ‘Calling You’ is bound to call you to your senses and make you change your mind as the tune will remain in your head long after it’s finished blasting from your speakers or headphones.

With yet another fantastic release under her belt, I’d say say Shayna King is well on her way to sharing her music with the world. So why not be the first of your friends to buy, share and inform everyone of this talented songstress. Head over to iTunes now, follow King on Facebook, Soundcloud and all the rest of those technological services and get listening to this incredibly great single, because in my books it is a 5/5!

Shayna King is back and Calling You! was last modified: February 27th, 2017 by Poppy Tohill