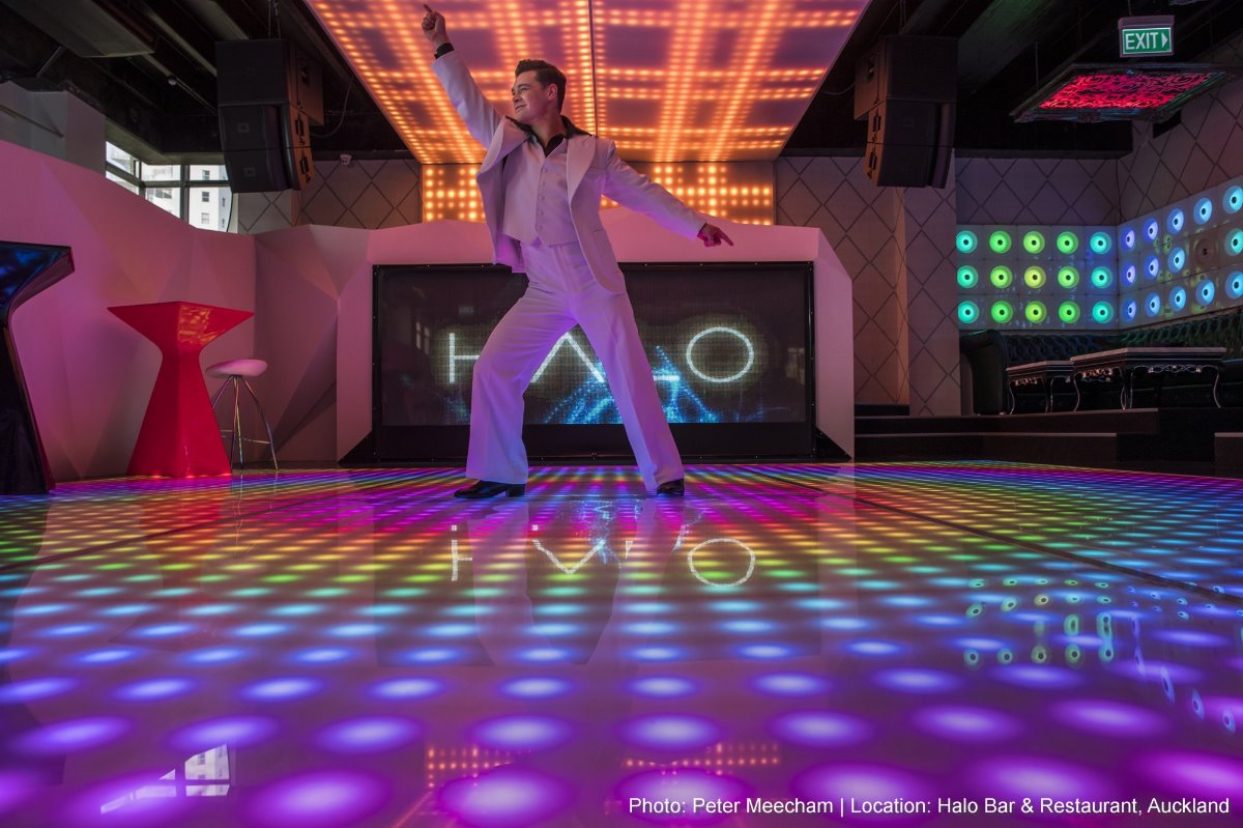 Rehearsals begin in Christchurch next week, under the direction of Stefano Olivieri – 10 times Australian Professional DanceSport Champion, 2004 IDSF World Champion NV, two times winner of Dancing With The Stars NZ and judge of the series.

Coinciding with the 40th anniversary of the release of the film starring John Travolta — spawning a decade of disco, fuelled by Bee Gees hits including Stayin Alive, Disco Inferno, More than a Woman, You Should Be Dancing and Jive Talkin — this tour takes in 24 arenas and theatres throughout the country.

SATURDAY NIGHT FEVER is the iconic coming-of-age story of young Tony Manero who learns the value of life in 1970s Brooklyn. By day he is a humble paint store clerk but at night he turns into the polyester-clad king of the local discotheque. He uses the dance floor as an escape from the reality of his dead-end job, clashes with his unsupportive and squabbling parents, racial tensions in the local community, and his association with a gang of dead-beat friends.

This contemporary retelling of the classic story captures the energy, passion and life-changing moments that have thrilled movie audiences since 1977. Now, a new generation of talented actors, singers and dancers meets a new generation of theatre-goers to explore the soaring sounds and pulsating rhythms of this coming-of-age disco fantasy.

Combining some of the most groundbreaking choreography ever with the best-selling motion picture soundtrack of all time, SATURDAY NIGHT FEVER will be staged in 24 arenas and theatres around New Zealand as the ultimate end of year party event.

“Hit song after hit song, bright lights and dancing to blow you away.”
—BBC

From the producer of New Zealand tours of Grease, South Pacific, HMS Pinafore and the upcoming Sound of Music, the pre-sale for this production starts today. See below for ticketing details.

Producer Ben McDonald says he is thrilled to be touring this iconic show.

“Saturday Night Fever is a touchstone for a generation,” says McDonald. “When you see the amazing dance moves and hear all the hits, you can appreciate why it became one of the greatest jukebox musicals of all time.”