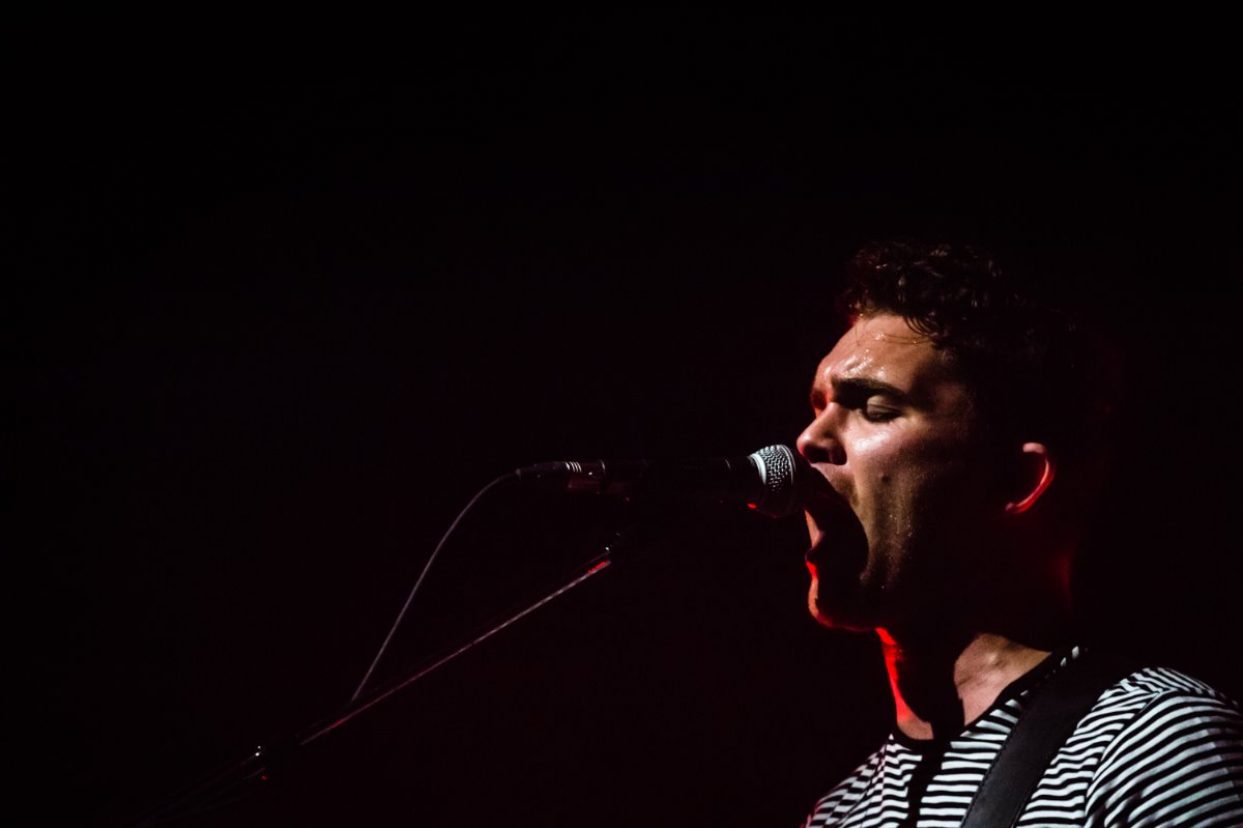 As we slowly make our way inside, I know that it is going to be a great night as it is already almost a full house, and Dead Favours aren’t even on stage yet. A fantastic opportunity for them to open for Royal Blood and I am excited to hear them play again.

As my expectation has already been set by their previous performance, they did not disappoint. Full of energy, fantastic vocals, I am yet again blown away by their talent and hearing all of their amazing songs play.

Their main job is to not only entertain us but to get us all amped up ready for Royal Blood’s performance. And they succeeded in doing just that. By now as we near the end of their set, all down front is completely full of people, and all the seated area is not far off from being the same. At almost a sell-out, I was psyched for an energetic night. Finishing with a high performing ‘Dig’, the crowd was wild! Everyone cheering, clapping, yelling, chanting, it was all on.

After a short intermission to set up on stage, everyone is humming with excitement.

The British Duo walks out and not a single person isn’t cheering or shouting at the top of their lungs. We are all equally pumped. And to our pleasure, all the lights are flashing while lead vocalist Mike Kerr sets the scene with hype and energy jumping around entertaining everyone. Royal Blood are on fire!

We are all singing along to all the known songs that we hear on the radio, and having the time of our lives. Having last performed in New Zealand in 2015 at Laneway Festival, they have come back bigger and better touring with their hit album “How Did We Get So Dark” with two fantastic shows before they head over the sea to continue rocking out in Australia.

Though the pair is in full force performance-mode, they take a short moment to thank us all for allowing them to perform and how happy they are to see the crowd has grown bigger from when they last performed here. You know you are succeeding when you see this happen.

Right into the next song “How Did We Get So Dark”, they have some mind blowing lights display going off all around them to help create the energy and hype of the night.  The mosh pit is now in full force down below front and centre and it’s just awesome to watch. Everyone is bouncing off of each other and having the time of their lives.

While having a very well deserved water break, the crowd is chanting in high demand for the duo to be quick so we can party again “Royal Blood, Royal Blood….” Next thing we know, BOOM! Back on stage playing “Little Monsters” with the very talented percussionist Ben Thatcher pulling out the most amazing drum solo I’ve heard for a long while last a solid 3 minutes! Wow how can they top that?! Oh wait, they will just finish he song off with a beautiful guitar solo by Mike instead. Well there you go.

Now everyone one is at the highest amount of energy that any one person could possibly have, and with this Royal Blood, take a moment to enjoy their spotlight and have a well-deserved Tequila shot with us before moving onto a brief thanks to each other for being the best of friends. Mike describes how Ben is his bestie and in a very god-like way he is literally “The Man”, and best drummer he has ever had the pleasure of working with.

In that moment, Ben decides to take the stage and have a chat with us as well. Thanking Mike for his kind words, and that yes he was very much like ‘Jesus” and walked all the water to get to New Zealand from England to put on the biggest party they have ever seen.

Ding! He hits his cowl bell, sits back down as his drum kit and he’s off again. This guy is so talented he even has a gong! This is perfect timing, as they start playing “Figure it out”. And it’s an epic ending to the night. The pair is so into their music they draw it out that much longer for us with solos of each instrument at the end of the song. They say their thanks and walk away.

Of course! Who wouldn’t want them to play more, and they did. Getting everyone even more eager having each section of the audience shout, lights over this way, shout! Lights over that way, shout! I think I’m now deaf, but it’s all worth it right?

Ripping into “Ten Tonne Skeleton” they have really set the bar high now as they step up next level energy, vocals, just everything about the whole show. “Whole In Your Heart” being the final performance of the night and with a perfect encore, the night is done and dusted.

I could not have asked for a better night, thank you Royal blood keep on rocking it out.