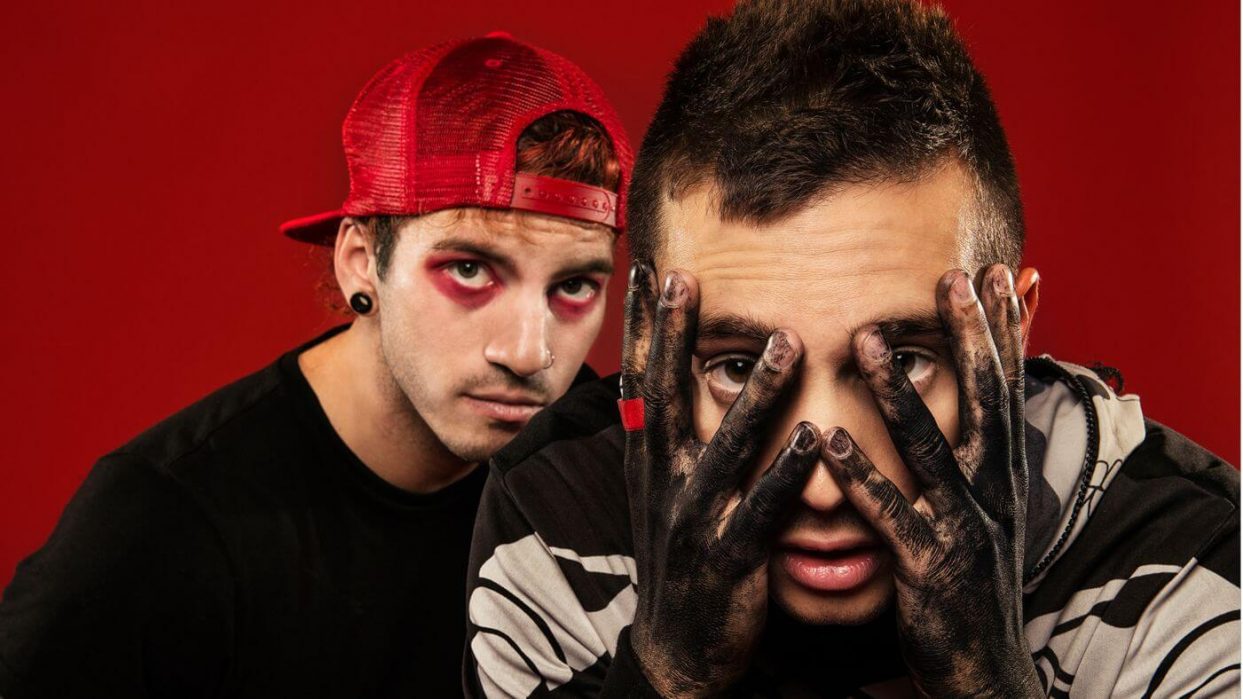 Going to a Twenty One Pilot’s concert was about as uneasy as waiting for your teenage daughters outside the change rooms at Valleygirl.

Definitely not your over forties crowd but aspersions aside this was the Blurry Face Tour we had been waiting for (not including last year’s Powerstation gig) while the (mostly) millennium crowd were here to see their unsung heroes, myself included.

As the crowd waited patiently, they were rewarded by the recognisable silhouettes of Pilots Tyler Joseph and Josh Dun. The animated pair splashed out against the huge brightly lit coloured screens as they started with a hiss and a roar with their hit HeavyDirtySoul a dirge of a song accented by their frenetic onstage presence.

The almost cartoon-esque figurines, Dun cool behind the drums, his skin-bashing almost robotic you wonder how his kit survives the night while Tyler Joseph paced the stage with mask taunting concert goers, mic in hand falling into the crowd, much to the delight of the Vector audience who popped him back up on stage again.

Usually, you have to wait until the end of the concert for the hit songs, it wasn’t too long before Stressed Out made an appearance, that annoyingly catchy twee hip-pop tune sounded every bit good live as it does on the radio with Tyler egging the Auckland fans asking “Is everyone good tonight?”

The hit’s kept coming as Guns for Hands, Migraine, Ride & We Don’t Believe What’s On TV were given the punk hip-hop treatment fuelling the party-like atmosphere in the Vector, not seen by this reviewer since, dare I say it Rod Stewart? The thing about 21 pilots is that they have a good thing going on, musically they can switch between reggae-infused beats to punk mayhem in a flash of the eye.

Tyler’s rap vocal delivery is perfect for the rhythmic two piece who have a penchant for catchy songs, tunes like Tear in my Heart, Lane Boy (complete with crowd getting down on the floor) Holding on To You, The Judge and the ukulele twang of House of Gold lend themselves to the talented duo who looked like they were having the time of their life with Kiwi fans.

At one point Dun ended up in the crowd drumming while Tyler at the opposite end of the Vector a top of a pole looking down on the crowd with trademark balaclava, they even had time to throw in a few old tunes for an acoustic jam before heading up the front to fire the confetti guns signalling the end while the pair stood on stage to rapturous applause.