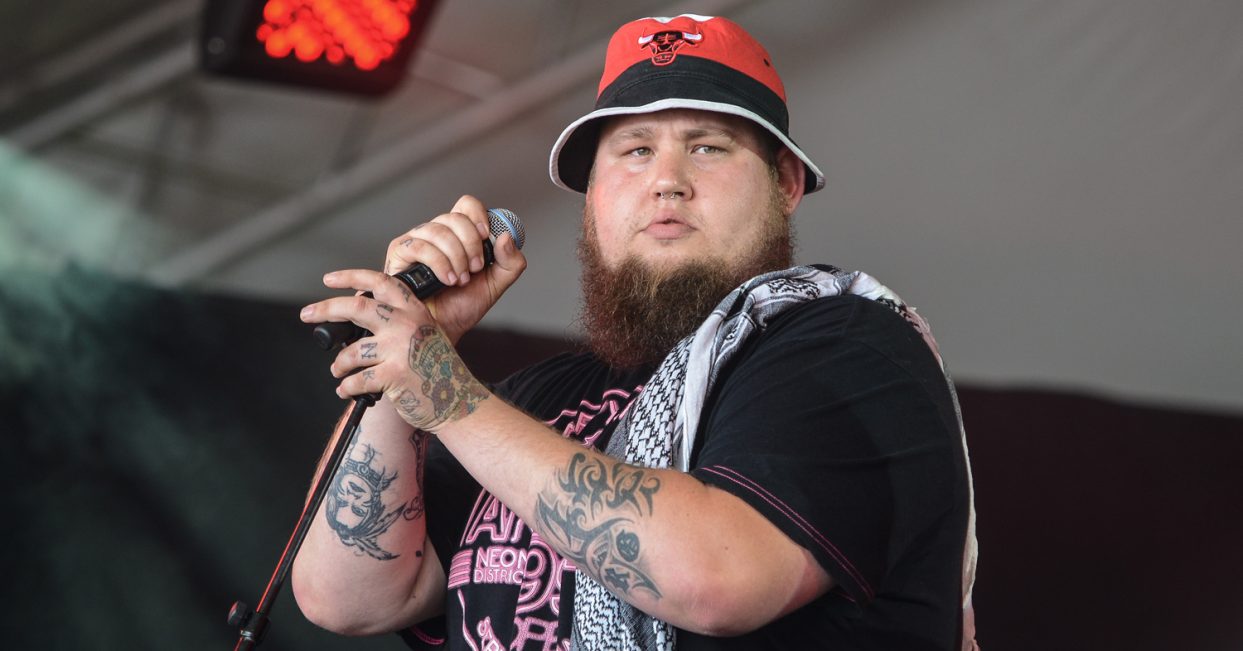 Rory Graham, aka Rag’n’Bone Man, brought his band and the bass in Auckland Friday night, the last night of his 2018 tour. This is the first time I have attended a free flow event and with the stage set up for a half arena crowd it was quite the intimate show.

With local emerging talent Teeks as the opening act, the crowd stilled to take stock of what was to come. Quite the opposite to Rag’n’Bone Man himself, Teeks was very subdued as he began his set with a keyboard solo then moved into his first song for the evening Wash Over Me.  Teeks told the audience that he had supported Rag’n’Man through the last 4 shows which has shown him what it will be like when they themselves tour. Teeks can only be described as a typical down to earth Kiwi and openly thanked Rory for the experience of touring as well as his band of Mick on keys and two support vocals Magic and Liv.  There were obvious nerves while Teeks engaged the crowd but were completely dispelled once he started singing.

Making his way through his mellow set containing Change, How Does It Feel and Never Be Apart the tempo lifted briefly with a Prince cover, How Come You Don’t Call Me. Teeks told the audience he was glad to be home in Auckland again, which of course was welcomed by all in attendance, before introducing his next song, Waves. Informing the audience that his peaceful place is in the water, whether it be Northland where he was born or Tauranga where his Mum has roots. Without You brought Teeks’ set to a close all the while showing off his diverse vocal range.

A jean clad Rag’n’Bone Man promptly on stage after Teeks had the band quite literally popped up onto stage for the opening song Wolves where Rag’n’Bone mesmerised the crowd with his baritone voice and smile. The crowd was quickly swept up in the beat and the bass as one after another he gave his all for just under 90 minutes.

Rag’n’Bone Man not only stunned with songs from his current album, Human, but also from his 2015 EP Disfigured with Hard Came the Rain.  His gratitude was palpable and it was clear Rory is a very humble, modest person as was often speechless with the responses he was getting from the crowd. It was obvious the songs that had the most personal meaning to Rag’n’Bone Man. Specifically songs he wrote for his grandmother, Life in Her Yet, he introduced as saying that his grandmother was a cool woman and deserved a song.  Next up was Odetta he wrote for his best friends’ daughter.  With powerful lyrics like, “Odetta don’t you know you saved this young man’s soul”, vividly painted the story for the audience who lapped it up. Finally a song for his 7 month old son Reuben titled “George has a Friend” which is an unreleased song to show what he has in the works.

As the next song Grace was being introduced, Rag’n’Bone Man mentioned that this was more of a song of hope. To this he received the response of “f*** hope” from one special person in front of the stage. Lucky for the rest of us, it seems that he has a wicked sense of humour and due to laughing so much he had to start the song a couple of times.  He said he will remember that at the best heckle he has ever had. The Auckland show will go down in history I’m sure.

Towards the end of the show came hit singles Skin and Human back to back that I honestly thought was going to blow the roof off.  Clear crowd favourites, finally the entire arena was partaking with full enthusiasm.  Rag’n’Bone Man has such a powerful voice I would have liked to hear him without a mic for a song or two. There were times that the band, consisting of keyboard, trombone, trumpet, drums, electric & bass guitars, drowned him out vocally but Rag’n’Bone Man treated the crowd to his acapella Die Easy from his 2012 Bluestown album.

With an encore of Bitter End and Hell Yeah, the crowd was sent on their way home with his thanks, well wishes and specifically telling everyone to get home safe. But not before he had the audience give him a full on “HELL YEAH”.  For his first visit to New Zealand, there was a good turnout of fans of a diverse demographic. This was the most varied audience I think I have been a part of including many look-a-likes.  Rag’n’Bone Man has definitely found his New Zealand market and is hopefully planning to come back soon.  It was a pleasure to be part of this first tour and I would say that Rag’n’Bone Man can bring his band and cheeky smile back to his New Zealand family anytime.