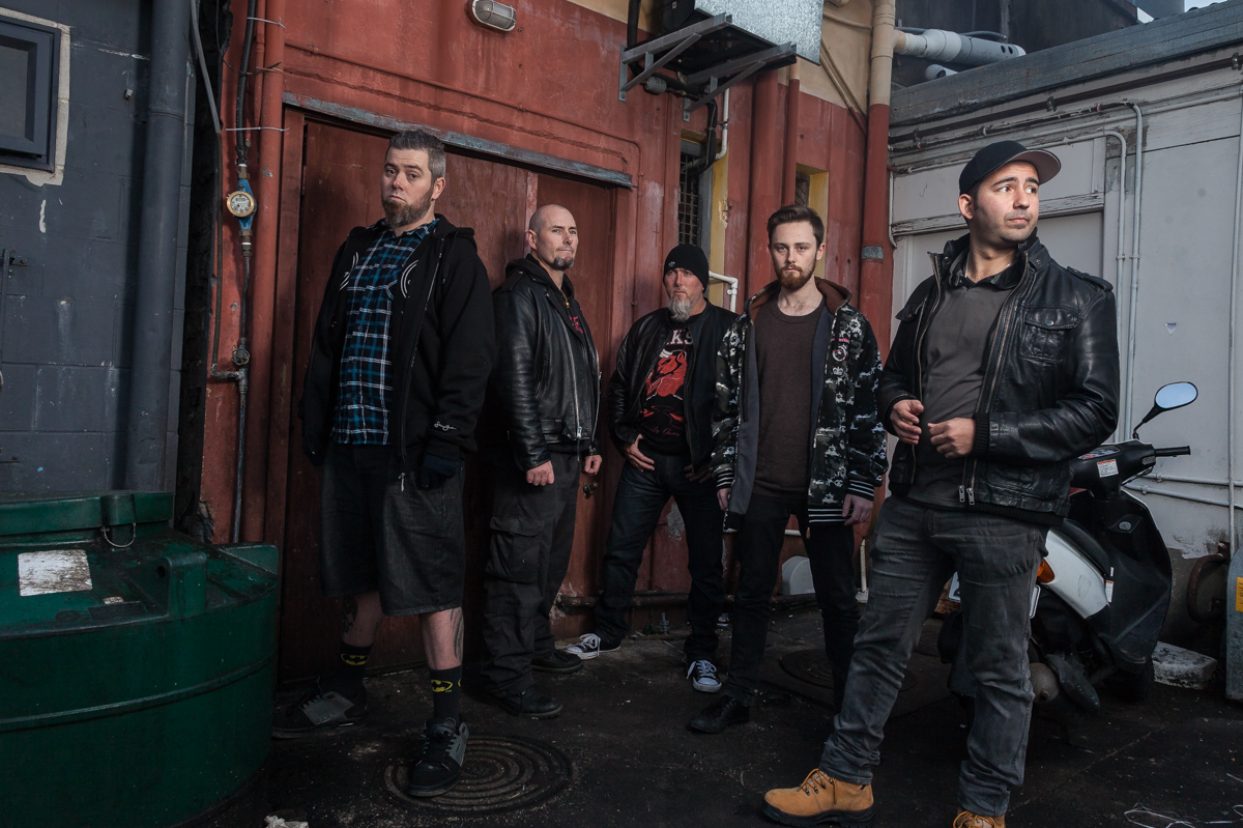 Despite the cold and limited numbers, powerhouse rockers Primacy put on a great show which deserved much better attendance.

Opening the night and chipping some of the chill off the air were local stoner metal rockers Wolf Wizard bringing a wall of thick, slinky guitar, not too unlike Beastwars if that’s your thing, but more emphasis on melodic guitar riffs and diverse drum patterns. Solid drumming supplied a great percussive bed for the guitar and bass to lock in. Solid collection of originals, hopefully more to come. Great stuff.

Skinny Hobos lifted the vibe with their rousing blues funk rock onslaught. Big sound from the two piece act with plenty of stage energy. A simple guitar and drum outfit with excellent stage personality, that even with the small crowd, managed to involve plenty of praise and applaud. Keep and eye on this band.

Headliners Primacy, the 5 piece act that’s been getting a lot of traction recently with the release of their new EP ‘Failure And Sacrifice’, put on a spirited set and showed no sign of reserve for the intimate crowd. Like any budding rock act should do, the bands getting out there and road testing the tracks, playing anywhere that will have them, and drawing in all the media attention they can muster – kudos.

An semi-eclectic blend of metal genres and characteristics on stage, musically everything is well penned and arranged, but as a whole, the songs felt too enigmatic due to the many style influences. Though to be fair, this is early days for the group.

However, there is no doubt the musicianship is here.  Each member has ability and style that shines through, with no sign of upstaging or overplaying, a rarity with so many guitars on stage. I always feel a band should have a star, the Angus Young or Freddie Mercury to hold the focus, something yet to be developed with Primacy. What we get is five great musicians spread across the stage doing their thing.

Adrian Brausch on lead performs a simply outstanding job of bringing the shred in a tasteful way, time spent focusing on the subtleties of his playing shows an experience here that lifts the production of the band as a whole. Also, Sid Kattan on bass is well worthy of a mention for his creative approach and energy. Solid drumming from Will Bloodfarm and Jared Tobin on rhythm slots in well supporting the backline.

Upfront Jason McIver (of The Jason McIver Collective fame) is a confident personality with one of the better rock voices in the scene at the moment. While the songs feature a little too much ‘cookie monster’ silliness for my taste, when singing properly he draws in excellent range and power.  The songs are quite cleverly written, in that melodically, his voice timbre fits in well with the music, though I think he’s got the chops to really push the boundaries a little more vocally.

Unfortunately again, I feel too many influences effect the performance and the unique vocal sound is still to be found, we really don’t need another Chino Moreno clone.  There are some middle eastern themes weaved throughout which took the music to an interesting place, I’d love to the see something like that develop as the theme while hopefully avoiding any prog rock pretentious grandiose.

Primacy is a band of five individual voices right now, but that’s cool, perfection takes time – but at least the foundations are good to start with. I hope for a uniqueness that will set them apart the rabble, but for now, very exciting to see such quality on the rise.