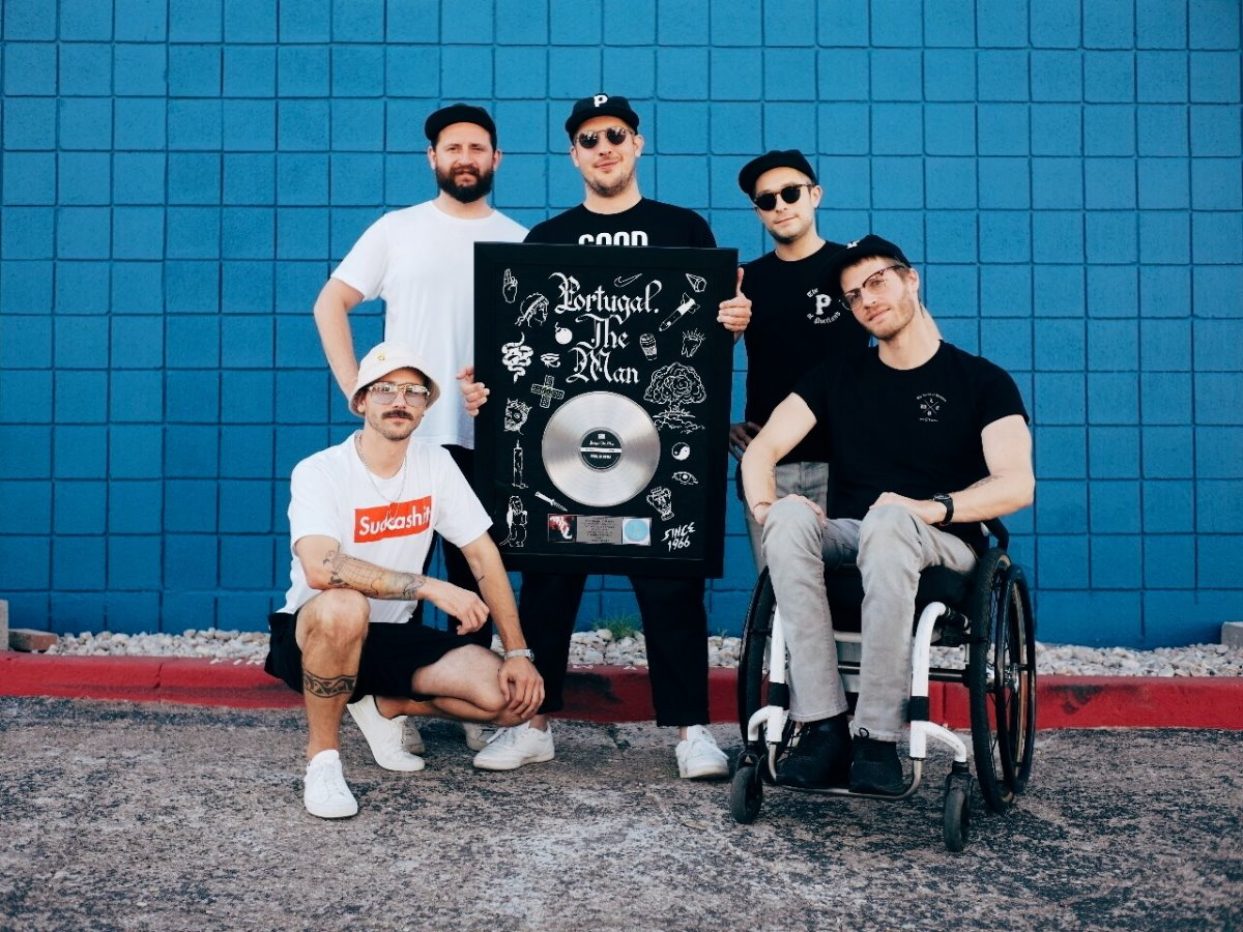 Portugal. The Man Go Gold With ‘Feel It Still’

PORTUGAL. THE MAN is celebrating the phenomenal success of their blockbuster single, ‘Feel It Still.’

The John Hill (Kings of Leon, MIA, Rhianna) produced single is proving to be the band’s biggest hit to date, having just broken into the top 5 on Billboard’s Hot 100 chart and continue a 17 week run at #1 at Alternative radio in the U.S.. In New Zealand, ‘Feel It Still’ has just gone gold and is currently top ten on the NZ Top 40 Singles Chart, #1 on the NZ Shazam Chart, top 10 in the Spotify NZ Top 50 and top 10 All Airplay Chart.

In the US ‘Feel It Still’ has broken into the top 5 on Billboard’s Hot 100 chart. The song is also #1 on Billboard’s ‘Radio Songs’ chart, making it the most heard song on the radio in the United States this week – the first #1 for a rock band since fun.’s ‘We Are Young’ in 2012. ‘Feel It Still’ has also proven to be an international success with platinum certification in Canada and gold certification in Australia, France, Ireland, Italy, New Zealand, Norway and Russia.

The wide-ranging popularity of ‘Feel It Still’ has prompted a storm of critical acclaim from media far and wide, withRolling Stone praising the ‘unabashedly vintage’ single as ‘a mix of Twist-contest surf rock and 1960s crossover soul…the biggest song of [P.TM’s] career.’ ‘One of the most insistently catchy, irresistible songs of the summer,’ raved the Los Angeles Times. ‘It doesn’t sound much like what was once called indie rock, but that’s what makes it such a pleasant surprise.’ ‘Feel It Still’ is ‘a shimmying throwback’ wrote Pitchfork, adding, ‘That peppy breakout track is no fluke.’ Billboard summed it up best, declaring ‘Feel It Still’ to be ‘The Unexpected Rock Crossover Hit of 2017,’ noting, ‘At this point, Portugal.  The Man’s irresistibly groovy hit…can safely be called inescapable.’

Hot on the heels of the soulful June release, Searching for Love, Sola Rosa follows up with the socially-conscious single For The Mighty Dollar, a collaboration with UK singer, songwriter, producer and musical chameleon, Kevin Mark Trail. This is the second issue from the forthcoming Sola Rosa...

Ekko Park Release Video For All Eyes On Me

Ekko Park, one of New Zealand’s finest rock exports will release their new album, Horizon onAugust 21 via Dinner For Wolves.Ekko Park delivers its unique edge to rock n roll with an honesty & energy that has seen them develop a passionate following in their home...