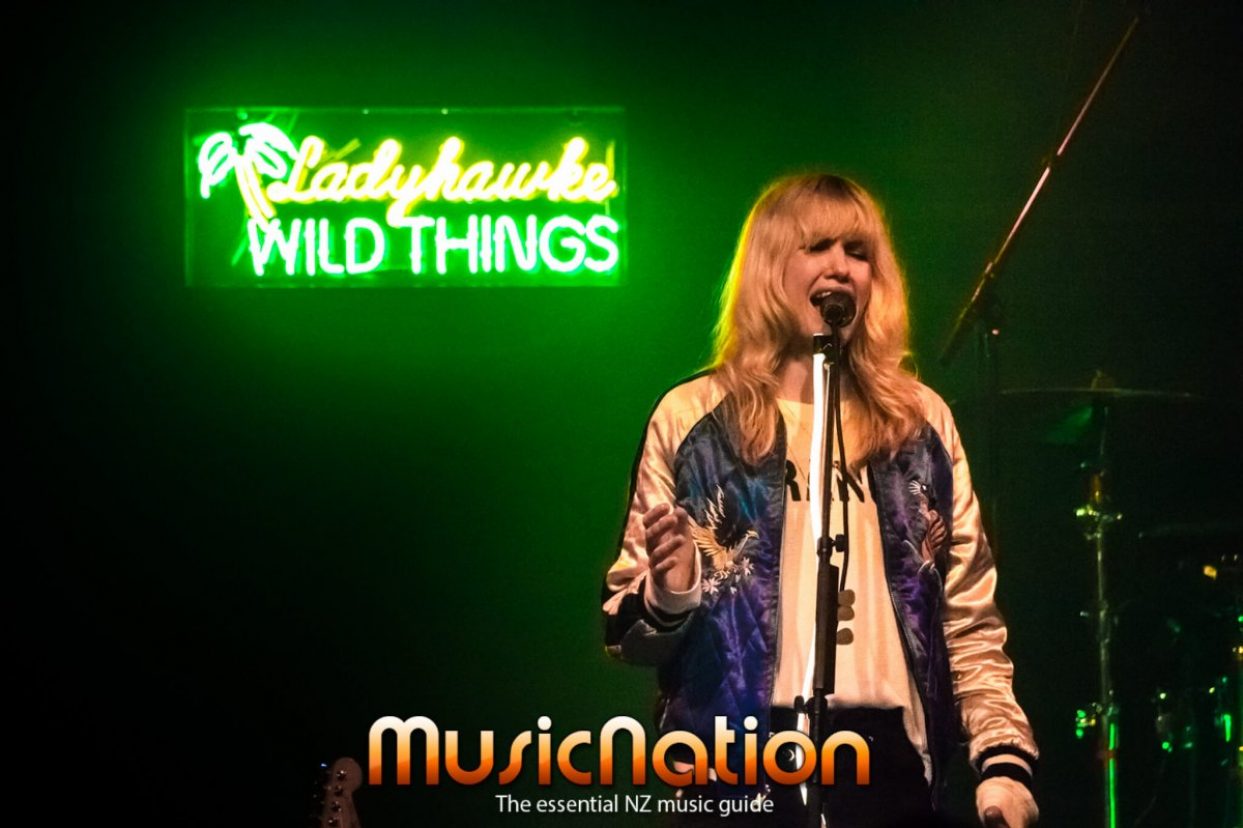 After two months of solid touring, Kiwi electropop artist Ladyhawke, aka Pip Brown, graced The Powerstation in Auckland for the final show of her tour in support of her third album, Wild Things.

Her new album, which took a few years to gestate, is full of synth-heavy and hook-laden pop songs, and the new tracks were warmly received by a game crowd who unabashedly sung and danced the night away.

In support for the evening were up-and-coming powerpop three-piece Openside. Fronted by Possum Plows, a natural born performer with an impressive vocal range, the band played songs from their upcoming EP – including the newly released Letting It Out to an enthusiastic response. It’s easy to see why this band has been tagged with the ‘next big things’ label recently and I hope to hear more from them in the near future.

After a short break Ladyhawke took to the neon-adorned stage, cutting immediately into The River, the second single from her new album. Although the opener is a hook-laden slice of saccharine pop, Pip Brown’s demeanour is anything but. Dressed in a sweatshirt and baseball cap, Pip (who is well known for her stage anxieties) clutches her microphone tightly throughout the first song.

Even though Pip herself mentioned that she’s “not too good at this talking in between songs thing”, there was a certain level of confidence and comfort that seemed lacking the last time I saw her live, which was at Auckland City Limits earlier in the year.

The crowd didn’t seem to mind. They were here to party and danced, clapped, and sang joyfully while the band played another track from Wild Things (the excellent Golden Girl) before Ladyhawke picked up her guitar and played a few tracks from her debut record Ladyhawke such as Magic, Manipulating Woman, and the rockier, Professional Suicide, which Pip sang with impressive conviction. 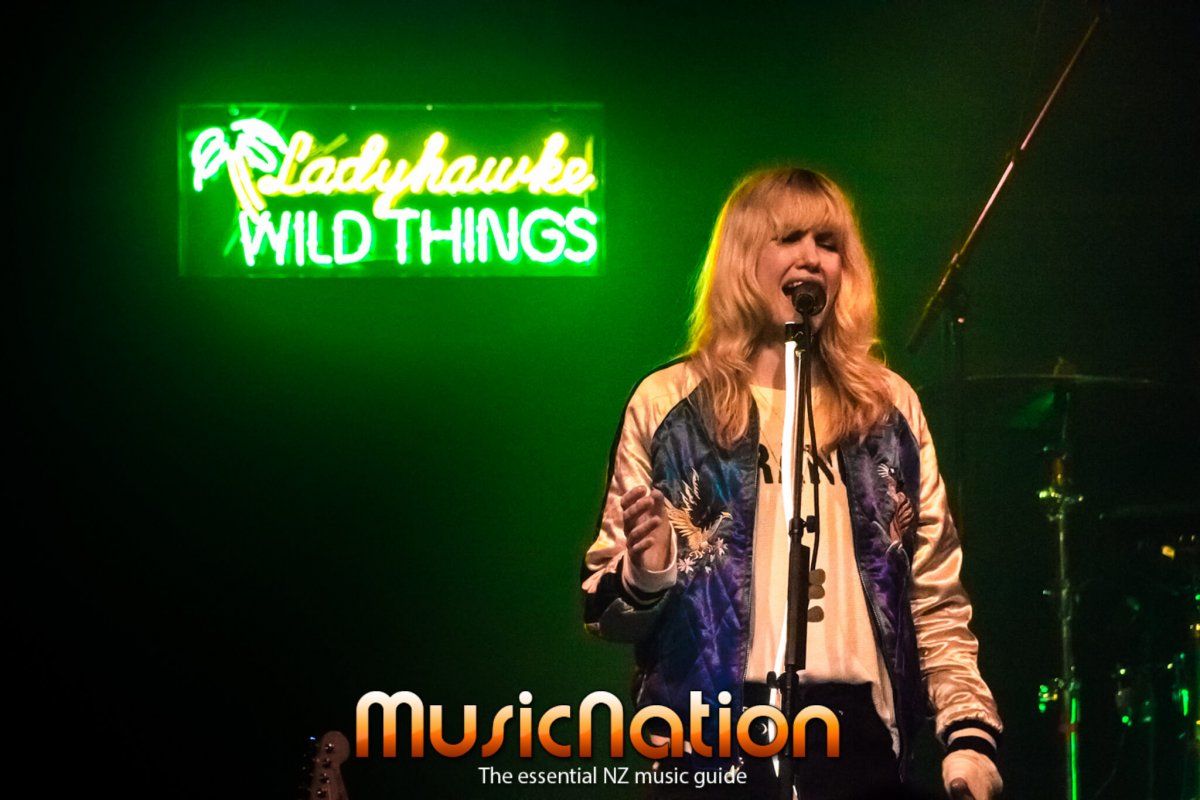 Occasionally swapping her guitar for a tambourine, Pip remained a relaxed and in control throughout the night, while her energetic touring band (‘Tom’ on Bass, ‘Matt’ on Drums and ‘Nick’, on “other stuff”) fed off the increasingly frenzied energy of the crowd.

As the night wore on and Ladyhawke began further exploring her older material, the mood became more dance party than gig. It was infectious. It feels good to let loose and just enjoy the energy of a crowd – something that unfortunately happens far too infrequently when you’re tasked with reviewing a gig – but it was impossible to not get caught up in all the fun as the band ripped through the three standout tracks from Wild Things in a row (Sweet Fascination, Let It Roll, and pop-masterpiece A Love Song).

The lyrically infectious, A Love Song, is the biggest hit off her new album and understandably got one of the biggest reactions from crowd that night – with their voices melding wonderfully with Pip’s during the chorus. Finishing off her set with the mmuch-loved’08 chart-topper Paris Is Burning, Pip joked about the absurdity of mandatory encores before jokingly exiting the stage herself.

While the band returned to play only one song in the encore, when that song is My Delirium, Ladyhawke’s biggest hit (and the one that I’d been holding out for all night), it matters very little. The song was a fitting end to a gig that embodied everything that pop music is supposed to be: short, sweet, and most of all – bloody good fun.