Get Your Noise into Ears with NZ On Air

Ah, New Zealand music. It seems to be hated by everyone except the rest of the world (Rival State, Like A Storm, I Am Giant, These Four Walls, Shihad, Broods and, of course Lorde, are all killing it overseas). There’s an unspoken cultural cringe that says: if thou shalt be from God’s own, thou’s band shalt sucketh.

It’s depressing that we treat our own music with such contempt, while wetting ourselves over ‘Loyal’ like Dave Dobbyn’s still relevant, or feel the need to say ‘we’re on a global scale’. Because while ‘Murica pours out factory hit after hit (which is no less true for metalcore as it is for pop) little old NZ is chugging along to the screams of Devilskin, the intensity of Blacklistt and the small towns with double names tour brought to us by Benny Tipene and Anika Moa. Truth is, we’re on the global scale, always have been. But, we can be little bit like that cousin you only see at Christmas who lives in the Coromandel and is, well, a little Different. 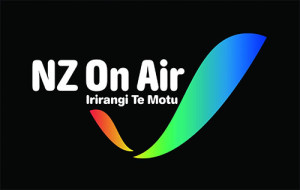 Thankfully, New Zealand On Air’s Music department loves the things that make us like that Coro dwelling cousin and funds them, despite having to navigate a constant shit-storm of complaints and disparagement (of which there could be a whole other rave).

There are real people at NZOA, it’s not just a Shihad loving machine that hates your band (they don’t hate anyone’s band) and Sarah Crowe, the assistant music manager, is one of those people. She let me pick her brain and here’s what we came up with:

This is important. Before you’re eligible for Making Tracks (the music funding programme that funds music videos and songs) you need to know it’s NZ Music. Which means it has to be performed or recorded by a Kiwi (which, for this purpose, is anyone with citizenship or residence) and that’s a blanket rule, so when you enter your sweet track into the VNZMA awards, they’ll be checking that passport too. And no, that Kiwi or band of Kiwis doesn’t actually have to live in New Zealand to be eligible. Sarah puts the number of overseas applicants funded at “usually one or two a month.” It’s not common, but it’s not impossible (Shihad and These Four Walls have both received funding and they’re based in Australia). 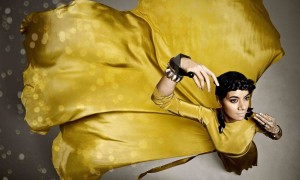 Notice I said “performed or recorded”? Yeah, it doesn’t have to be written by a Kiwi. So yes, you’re UK based band with your East Russian songwriting friend are eligible for funding so long as the band (of Kiwis) record or perform the song.

NZOA aren’t WINZ. They’re not going to income test you and there are no restrictions on their backing (which means if you’ve got a promotion and distribution deal with a major label you’re still eligible). As a point of interest: major labels are signing fewer kiwi artists to full album deals. Instead they’re throwing (smaller) amounts of money into promo and you get to fund your little noise collection on your lonesome.

Get Your Shit Together 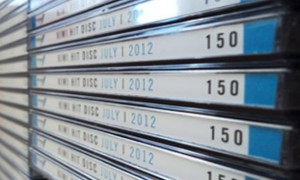 Learning what things mean and what NOZA actually want will stop you from looking foolish and really, nobody wants that (and don’t fill your application out with what you think they want to hear, it’s not high school, buck up.) because they’ll laugh at you…no they won’t. They’re all lovely.

Having a song that elicits booty shaking and/or incites mass jumping around like mad people, aka a great song, is the utmost, but! They want to see that you have a plan, support and you have to prove you’ve ticked off ten of the 22 items on THIS list. Funding doesn’t work on a ‘hey, give us money for a track and then watch as we fade into oblivion basis.’ (Read and watch: Sound Advice on the NZOA website, they’re building an archive of valuable information).

“One of the most common misunderstandings on applications we come across,” Sarah says, sounding as patient as ever (someone didn’t read the info pack) “is one of the criteria that says you have to be featured on a blog aggregator; something like Hypemachine…”

These kinds of internet places take feeds from more sources than Mac D’s get its chicken nuggets (and they use the WHOLE chicken) and show that people, somewhere, care about your well organised noise. Featuring on an aggregated blog isn’t the same thing as having a review or track on your best friend’s blog (think of aggregated websites like compilation CDs and get your noise on there).

The publishing criteria also trips people up. Here’s what you need to know: APRA isn’t a publishing platform. It deals with licensing, paying royalties and collecting royalties when your songs are played overseas (here’s the rundown: Apra Amcos). Publishers are the kindly folk that are actively selling or trying to sell your song to TV and movie productions. If someone’s getting murdered and your song is playing in the background, you’ve been published. Native Tongue and Mushroom Publishing are two of the cats in that alley.

Be Part of the Cyberorgy (social media) 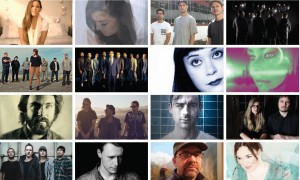 You can download all of the Making Tracks requirements from the NZOA Music website (if you’ve read this far, you should have done that by now! Sheesh.). It’s one hell of a to do list so here’s some advice for while you’re chipping away at it. “Bands also need to look after their fans.” Sarah’s back in the helm, “…They already like your music but they want to feel like they know you, talk to them, find out what they like best about you. The best way to do this is through socials.”

Active (keyword: Active. Not a tumblr page you haven’t updated since that gif of grumpy cat riding a My Little Pony) social media is key to a sustainable career. If you reach out to NZOA, they will google you. Everyone will google you. Radio, your stalkerish ex, your mother and those fans you won over at that gig last night. Will. Google. You.

Show them some Twitter love, or some real life love, hug a hand, shake a baby. I don’t care. The point is: Don’t be a dick. Look after them and when you’ve got a show or you’re selling a thing, they’ll come along for a listen, some cuddles and they may even buy your thing.

Okay, now that you know which way is up and which way is not, let’s get you funded (that read way more preppy and promotional than I’d intended…). NZOA receive 130 to 140 applications per month for Making Tracks. They fund 23 or 24 songs every month and they have a revolving panel which changes monthly and decides which applications to fund. Fun fact: You can apply twice with any one song. So if February doesn’t catch on, maybe May will. And put this in your electronic device: Applications close on the 1st of every month except December and January – where they’ll be on a beach sipping cocktails and watching How I Met Your Mother reruns (seriously, there’s a break for those two months). 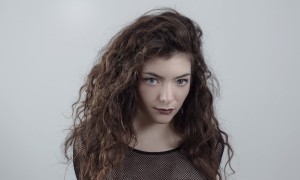 NZOA won’t kick you to the curb and let you fend for yourself. It doesn’t happen. While funding is restricted to three tracks or music videos (standard number of singles) per calendar year and album. You can treat it like a buffet and keep coming back for more every year. Speaking of being kicked to the curb, NZOA don’t fund and forget. They’ll track your progress and keep up to date with your noise creation project.

As far as genre goes, there is no restriction. If you’re swash buckling pirate metal or an acoustic songstress, you have only to prove that there’s an audience for your type of noise. Thanks to a tweak in the Broadcasting Act, that audience can be on the internet, so if your German dance duo friends are going to by every copy of your song, go for it.

While you’re sipping at the Grail remember this: NZOA don’t hate you. They don’t and won’t get all up in your business and make your Skrillex meets Pink Floyd band go acoustic or lose your beloved drops. They want to help. “We’re happy to sit down with [artists] and go through their plans.” Sarah has over 10 years experience in album releases and PR and the rest of the team are equally experienced. “We have a lot of strings to our bow.”

Part of the deal is getting prioritised for the Kiwi Hit Disc. It’s a collection of radio ready songs collected on to a disc and then sent out the radio stations (and other media folk). You don’t have to be funded to get on there, your song only has to be radio ready. But, if you’re funded, you’ll get prioritised and then you can crank up your latest single on your road trip to the Tron. 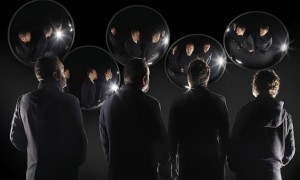 Which one of you dropped the Grail? Did that wretched bassist not actually turn out to be a Kiwi but some other that would elicit horrendous xenophobic remarks?

Don’t worry about it. Chris Jericho once told me that: “True failure is never trying anything because you’re scared it might not work out.” Whether you’ve read this and then thought not so fondly of your day job, sighed and said, “I’ll be doing this forever.” Or you’ve felt the Grail with your lips but it’s been ripped away. Music Nation is here to offer you a few extra rungs for your ladder (will I get fired for being this lame?).

Here’s a list that’ll get you coverage on Music Nation. The first two are directly from NZOA’s criteria and third is targeted more closely to us (yes, knocking these off will get you closer to getting whatever it is that came here for):

If you don’t have these, don’t think about the rest until you do:

– An up to date website and Facebook profile (for God’s sake, up date the damn thing, regularly. And nobody cares what you had for breakfast or what your dog threw up on the carpet.)
– An email address (same again, no bounce backs, no two month waits for a reply. We want you. We want you now. (Think: Music Nation booty call))

You need two of these. Two of them. (But the more the merrier! If only that were true for everything in life…):

And then there’s the Music Nation Arabian Prince premium list (if you’re on this list, we’ll build a monument in your honour out of the tears of our scribes. Seriously, we’ll prioritise you if you can make this happen):

– A broadcast single, EP or album
– A tour comprising of more then five dates
– A support act for a headline international touring band
– A major publicity campaign

For God’s sake, stop reading this and go and write, promote, record, print off the criteria and pin it to your baby. Do something.

Shit you need to read

Apra: They license but don’t publish, don’t believe me?

NZOA: it’s the checklists and the whole shebang (so you don’t have to be like me and try to remember everything). The Whole Shebang

NZOA Music are on BookFace: NZOnAirMusic and they’re Tweeting up a proverbial storm here: @nzonairmusic. You get to watch cool things here: Youtube

Avantone Pro is proud to announce availability of Kick — an aptly-named sub-frequency kick drum microphone that effectively brings back to life a well-known extinct example by utilising the affordable high-quality audio products producer’s own reproduction ‘white cone’ low-frequency driver to...