For every Lorde and Kimbra who are out there winning Grammy’s there are at least another ten artists who are just as talented, but not as well known. 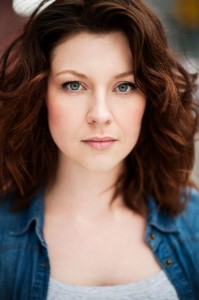 A master collaborator having already lent her vocals to well-acclaimed acts including Sola Rosa, Isaac Aseili (Funkomunity) and Tama Waipara, the ground swell around Esther Stephens has been building for a while.

Her solo music is a powerful blend of soul and contemporary pop, citing influences including Janis Joplin and Etta James, along with modern acts such as Bjork and Lauryn Hill.

Her first underground release ‘Asahi‘ which also featured Tom Scott from Auckland’s hip-hop group, Homebrew, showcases Stephen’s rich, soulful vocals backed by an engaging melodic, rhythmic frame. However it was, ‘Under You,’ Stephen’s New York produced, NZ On Air funded debut single and accompanying video that really drew me to her attention.

As the bass reverberates with electric pulses, the opening raw and sinister vocals of Stephen’s, and the deep “Waah-Ooohs” throughout this track captivate your attention and immediately draw you in, prior to the transition to the sweet and charming, poppy chorus.

With similarities to Kimbra, Esther Stephen’s, ‘Under You,’ is a must listen to track. You can hear it on bandcamp, soundcloud and watch the official video below and leave your thoughts in the comments on whether you think she has what it takes to become New Zealand’s next big star.. 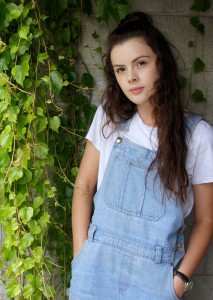 Be prepared for a shiver down your spine when you listen to Maya Payne‘s single ‘Fragile‘ for the very first time.

When listening to ‘Fragile’ it’s hard to believe the raw and defined lyrics are coming from a seventeen year old. Currently making waves throughout the music scene in New Zealand, Maya’s exceptionally mature vocals have been likened by many to Bjork, Gin Wigmore and Heather Nova.

Writing her own songs since the age of eleven, and singing since just eight years old, Maya has already had a great dose of performance experience, performing at school talent shows and numerous showcases around her hometown of Christchurch.

With exciting things on the way such as an EP, music video, collaborations and even an album later on in the year, you’re definitely going to want to keep an eye on this rising star’s facebook and soundcloud for more music and updates on these exciting projects.

Get in fast and be the first of your friends to share Maya’s music around, because I believe it’s not going to be very long before the rest of the country realise just how incredibly talented she is!

Esther Stephens- ‘Under You’ video: