Can you really have your precious recordings mastered online in 30 seconds on your cell phone? This post might upset a few folks in the mastering industry… sorry in advance

Ok, so when it comes to audio mastering I am probably the worst person to talk with on the subject. 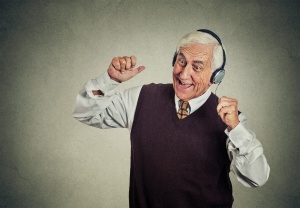 For me, mastering is taking one sound source and making it sound different. Also, like all extravagant things in life, mastering is needlessly expensive. It could be for the better, or often to the detriment of the dynamics if done poorly.

To me when I mix a song, it’s done – I’m happy – I don’t want it re-eq’ed or compressed anymore, there’s enough ‘shine’ or ‘punch’ or whatever hip catch-phrase mastering studios like to print on their sales brochures.

The problem is – audio mixes are subjective to many, many things.

It could be instrument tuning, mic placement, song structure, production – all of which help fashion the song into what it is. This is where a skilled engineer can manipulate the mix using hardware, plugins and good ol’ fashion skill and talent to come up with a fairly good representation of what the band was looking for.  Even a novice engineer can make sounds sound ‘right’ if he/she has good ears and decent reference material. It’s a creative combination of opinions from everyone present at the time – the band, the manager, producer, engineer etc.

The main reason for mastering these days is to normalise tracks to a broadcast standard to they sound better on the radio, CD or web delivery. You can have a beautifully mixed track with full dynamic range – only to be totally smashed to death by FM radio compression, CD digital truncating and Mp3/YouTube squish destruction. So I suppose it’s better to have it crushed now by a mastering service so you know exactly what you’re dealing with before the radio stations get their grubby mitts on it.

Ok, rant over, let’s get our beautifully mixed tracks prepared for crushing…or in other words – mastered.

I’m sure all those mastering guys sipping their mochaccino’s sitting in their picture-perfect gear acquisition syndrome studios will be sniggering and rolling their eyes, but ignore them for a while and take a wee peek at MasteringBox.

MasteringBox is an online automated service that takes unmastered tracks in one end and spits out a polished, broadcast-ready track at the other. There’s no human interaction, it’s all done by clever algorithms and fairy dust. 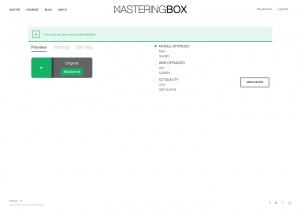 The interface is very simple to use. Once you sign up and sort out all the account stuff, uploading music for mastering is a breeze – pretty much drag and drop. All your previous mastered tracks are stored online too in case if you need them again, which is handy.

You simply drop your track into the interface and ok a message pop-up telling you this might take 20 seconds or so to complete, which makes me giggle considering real life mastering can take months.  When completed you’re presented with a simple player that A/B previews your original mix with the shiny new mastered version. You have a selection of options for delivery (Mobile, Web or CD optimized), and some degree of interaction with the results, namely a 3-band EQ for Hi, Mid and Low boost and cut, plus and overall loudness target slider in RMS. You can also add in ID3 tags directly to your final tracks. 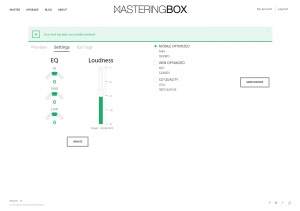 Annoyingly, you can’t opt for alternative mixes. Once you choose settings the process begins and you get your tracks, that’s it – if you want to try a mix with a little more high-end EQ, you’ll need to start over from scratch (not good depending on what payment plan you’re on, see below).  Also, you can’t preview the optimization levels – so if you choose web quality, for instance, you’ll need to print and download the track to preview it on your PC, then go through the whole process again to try another optimization setting.  No biggie when you consider it only takes a minute or so to get your track done, but an option to cue alternative mixes for batch processing would be a nice addition.

So, how does it sound then?

I will say it definitely does something to your music, and much like with the real human counterpart, it’s very subjective whether this ‘something’ is better, or just louder.  The compression is noticeable when comparing to the original source, but not so much when listening normally, and mostly the EQ appears to be rolling off low-end mud, not much boosting I could detect. Nice.

I ran the same track through MasteringBox 5 times to see if I could trick the software, but each mastered final sounded exactly the same, so it looks like the behind the scenes software is accurately picking up on the track dynamics and applying the right processing each time.

All good so far. Let’s fire some tracks through the system and see what we get.

This is not intended to be a sample-accurate scientific study of the process, more a quick example of some ok sounding audio chucked in to see how it works.

I’ve chosen a cover song my band recorded a few years back that I’m pretty happy with the final mix results off the desk (well, virtual desk – we used Reaper DAW to record and mix). The song has a driving 8th note rock bass played on the B string of a 5 string bass with lots of lower A and G notes added, doubled guitars and loads of synth and sample elements. Quite tricky to mix as the instruments are all frequency hogs and chew up a lot of the dynamic range, particularly easy to overcook with compression if you’re not careful.

This track has BUS compression applied to a level I was happy with at the time – but tracks should not have master BUS compression when uploaded to MasteringBox or else you’re basically double dipping.  And also note, WAV files have been converted to Mp3 due to space restrictions here, so there is some degree of quality loss in the mastered versions, keep that in mind.

Below are the test results. The first track is the original mix bounced out of Reaper back in 2012. Second is passed through MasteringBox set to default and CD quality optimization.  The third is the same, but web optimized Mp3 directly from MasteringBox, and finally the fourth is mobile optimized in m4a format. 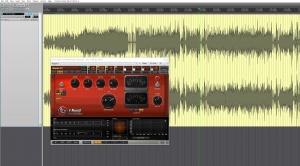 So there is obviously a volume increase with the Masteringbox versions, but a surprisingly subtle amount of EQ and compressions. I was expecting maxed out block of crap, but so far pretty good results. To me, the web and mobile-optimized versions sound pretty much the same. Impressed so far, but let’s see what I could have done using tools I already own in my DAW. Definitely, some high-end boost going on and a degree of widening, but generally quite pleasing.  The drum overhead mics feel too compressed now, particularly the cymbal crashes, but that’s mostly down to the track already being compressed on the master output of Reaper I think.

To counter the online test, I did some hardware and ‘in the box’ mastering.  Track one is using the Music Nation’s DBX Quantum 2 hardware mastering processor – the bee’s knee’s back in the day, spending time getting the settings right (took about 1/2 hour I guess), and running through our Tascam DM4800 console digital outputs.  Track 2 is using T-Racks plugins inside Reaper, choosing ‘Mastering 1’ preset and just bringing the gain up to unity. Track three is using only Reaper factory EQ, compressor and multi-band to match by ear the results of the first MasteringBox track (so yes, this was done in hindsight of the mastered tracks, but I wanted to show how free plugins could potentially match the mastered results).  So, here you go. 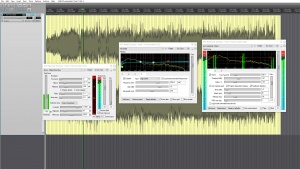 So what does all this prove?  Largely mastering is a subtle art. Very subtly. Almost inaudible in fact over anything you can do yourself if you know what to do.

For me, and yes this could be my ‘old man in the rocking chair’ side coming through, but I way prefer the final mix done with Reapers free plugins. It’s not as loud, sure, but retains the dynamics.  MasteringBox version is next, as the subtle compression and EQ don’t push the track too far. The plugin and DBX, in this case, are too hyped, though to be fair, this was just one pass – you could keep working on the results as much as you like.

And yes, I know these are all at Mp3 quality, resulting in even more subtle quality differences, but the intent is to show the audible differences between the tracks, and we just don’t have the space to upload multiple 50meg tracks. The results may be more noticeable on different sources, such as classical or hip-hop, so try yourself if you’re able, we would love to hear your results too.

Where does this leave MasteringBox?  In a great place, actually. Even though you could argue the results a negligible, it’s defiantly not worse.  You don’t need and special training or potentially expensive plugins, and it’s really fast. The big kicker is Masteringbox can be free (if you don’t mind Mp3 final masters) so why wouldn’t you just do it anyway, right?

If you upgrade to the pro version you get access to the EQ and ID3 tagger and wav downloads, though you’re only allowed three masters per month, which feels a bit tight to me – it will take you 6 months to get your album mastered in this fashion.  The unlimited account, of course, lets you go crazy with all the toys and create unlimited masters, perfect for comparing different mixes. At $30 NZD per month, its a steal.

So there you go – if you feel mastering is your thing you can’t really go past MasteringBox for value and speed. If you produce a lot of material and need a quick and simple way to normalise your work to a broadcast standard, this is a no-brainer really, you need MasteringBox. As a studio offering a mastering service upgrade, again easy choice here and great added value for your customers.

Personally, I’m still on the fence, but I can totally see the merits of being able to quickly upload your tracks and have pretty convincing result in minutes.  I think you can use factory DAW plugins to do a similar job, but that takes longer than just drag and dropping, so yes – great service and results. Give the free version a go and let us know what you think.