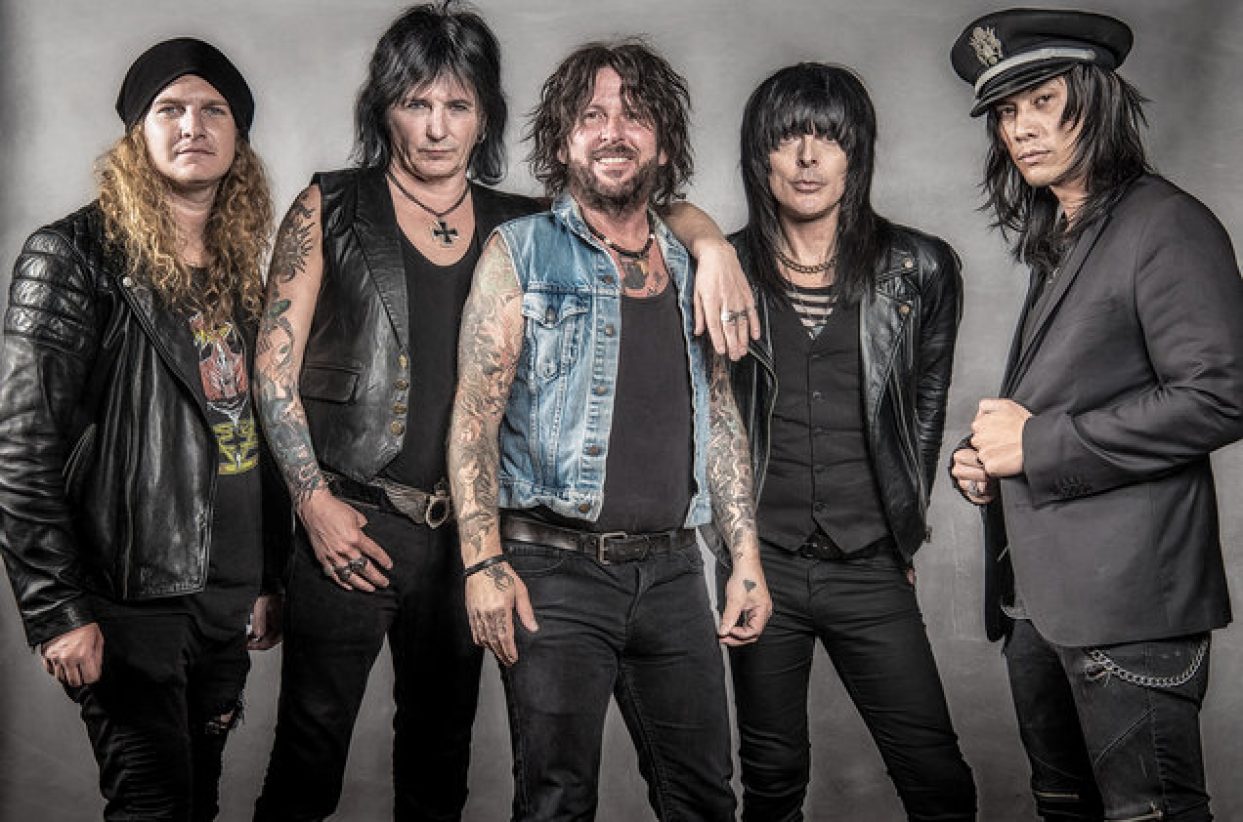 L.A. GUNS was formed in 1982 by guitar player Tracii Guns and, then unknown singer, Axl Rose on lead vocals.

The “classic lineup” of Guns, former Girl singer Phil Lewis, drummer Steve Riley, guitar player Mick Cripps and bassist Kelly Nickels have sold 6.5 million records, including 1988’sL.A. Guns and 1990’s Cocked and Loaded, both of which were certified Gold. Cocked and Loaded contained the hit single “Ballad of Jayne” that went to #33 on Billboard’s Hot 100 and #25 on the Mainstream Rock charts.

After a nearly 15-year break, Philip Lewis and Tracii Guns are back together for another chapter in their part­nership that began in 1986, 4 years after Tracii formed L.A. GUNS in 1982.

Their writing partnership spawned classic L.A. GUNS songs such as “Sex Action”, “Never Enough”, “Electric Gypsy”, “The Ballad Of Jayne”, and countless more in an impressive catalog of fan favorites. The last time Lewis and Guns joined forces was back in 2000 with legendary producer Andy Johns for the making of what would become “Waking The Dead”– an album that went on to receive tremendous critical acclaim and proved that their musical partnership was every bit as strong as the early days with all-killer-no-filler songs including “Don’t Look At Me That Way”, “Hellraisers Ball”, and “The Ballad”.

Following their successful performance at SiriusXM’s HairNation Festival in May of 2016, L.A. GUNS went into the studio to record their latest album, The Missing Peace, which is was just released in October of 2017.

Australia & New Zealand, finally get to experience The Missing Peace!…