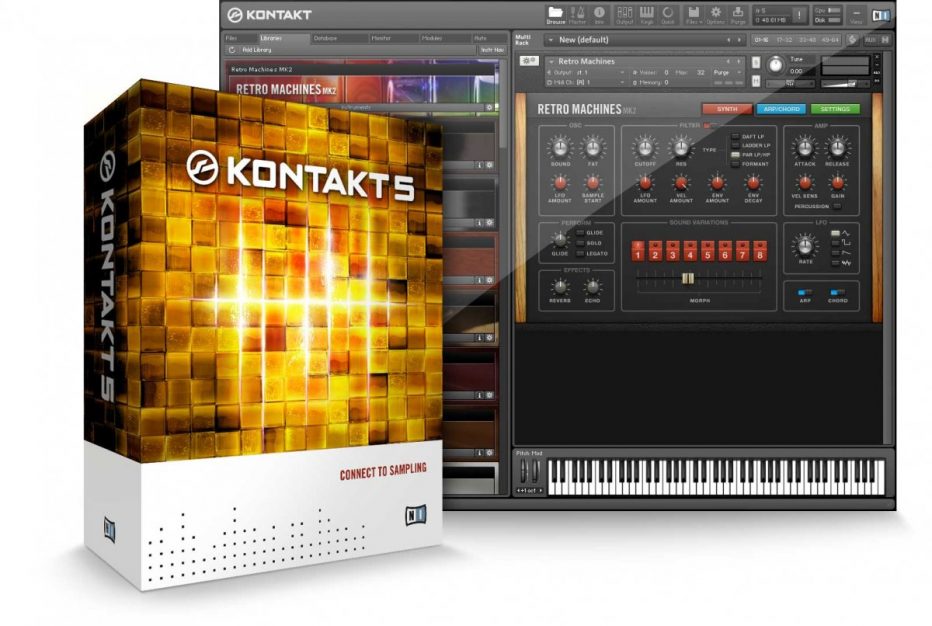 An Internet connection and a graphics card that supports OpenGL 2.1 or higher are required to download and activate this product. Once installed and activated, the product can be used offline.

Free or $399 USD for the full version

So unless you’ve been living under a rock for the last 13 years, you’ve probably seen, and most likely used at some stage, Native Instrument’s Kontakt. In what is likely the most widely used software in today’s modern recording studio, Kontakt is not only the mainstay but an excellent piece of kit well worth the praise it often receives.

Though version 5 has been out for some time now, we’ve been keen to review the platform as a great number of our review sample libraries are based in Kontakt, we feel it’s important to showcase the core system and it’s potential are more than just a 3rd party library playback instrument.

So, just to get everyone up to speed, Native Instruments Kontakt 5 is a sample playback device which allows you to load pretty much any audio format then play via your MIDI keyboard, or whatever hardware interface you use.  The program comes with a great selection of audio effects and routing options, plus a free factory sample bundle to get you going. Kontakt 5 comes in two forms – Kontakt Player, a free but slimmed down version, and Kontakt 5, the full monte version with all the bells and whistles. 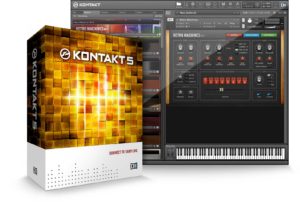 Kontakt acts like a container for mixing and processing.  You can stack up to 64 separate samples or libraries inside the player (or, at least to your computers processing limit) which each can be assigned a separate MIDI device number – so in effect, you can create a 64 channel mega-synth sound module monster, with 16 individual outputs and FX.  Think of Kontakt as a modular sound module on steroids.

The basic concept is you load all your Kontakt compatible MIDI instruments inside the shell player, assign MIDI channels to each, and then use the included FXs and routing, then send your output back to your DAW to mix in with any other audio tracks you might have in your arrangement. The setup inside Kontakt can be as simple or adventurous as you like, leaving your DAW arrangement nice and clean for processing recorded audio like vocals and guitar.

Though Kontakt is well known for virtual synthesizers like Massive and FM8, there are extensive collections of sample-based libraries like Session Strings, Retro Machine, and Scarbee electric bass.

Today we’re talking about the full version, though many features apply to the free version too. You will need to adjust to Native Instruments very ‘German ‘ way of doing things. For a start, everything is spelt with a very German twist – Kontakt, Maschine, Komplete etc.  The GUI is square and crisp and efficient, grey on grey and no mucking around. The alternative to Kontakt is HALion 5 from Steinberg, and though they essentially do the same thing, the Native Instruments offering features a vastly superior collection of libraries, and even though Kontakt isn’t as pretty to look at, its a lot more user-friendly and easier to use. 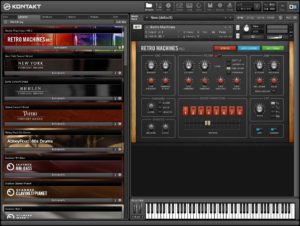 The full version of Kontakt comes with a massive 43 gig sample library which contains a decent selection of band sounds, choir, synth and the likes. Also included is highlights from the amazing Vienna Symphonic Library. They also throw in Retro Machines Mk2 once you register, which is actually a damn good library selection of the better synths from the 80’s. We compared the Roland samples to the hardware keyboard we have here in the Music Nation studio and its pretty close.

Kontakt 5 uses samples as the basic starting point or building block, which it assigns to zones (a collection of MIDI info like pitch value, velocity, key assignment etc) and then finally it gathers all the zones associated up into groups. Groups are then collected together to for Instruments, which are the basic playable sound patch in Kontakt. You can further collect Instruments up into Mutlis, which are layers of up to 64 instruments which can be played all at the same time.  So, yes – Kontakt 5 is deep.

Another extremely nifty feature is the custom banks. You can create a bank that holds up to 128 unique instruments from any of your libraries. They can only be played one at a time on a single MIDI channel, but you can swap them on the fly using the program change command. This means you’re not wasting MIDI channels to start with and you still get a massive collection of sounds available, great for making live setlists or general programming.

The collection of effects, filters and modulators are impressive. Pretty much all sound excellent. Each has a handy info screen informing you of the design and use of the effect, plus the control parameters. A whopping 53 (!!) filters are available.  In VSTi guise, Kontakt 5 comes in 3 flavours – 8, 32 or 64 channel output versions. Each performs the same, other than the number of total output channels. When not required, choose the 8 channel version to preserve CPU power.

I’m not going to lie, Kontakt 5 is very in-depth and complicated, more so than most musicians will ever need (or want) to get into. Fortunately, there is a tonne of amazing factory and 3rd party libraries that do all the hard work for you, but if you masochistic enough you can dive into the scripting language and start creating your own synth monster. The vast majority of Kontakt 5 user will simply load factory libraries and use it as a simple playback sampler, but you’re only scratching the surface.

When you load a factory or 3rd party library instrument or multi, what you’re seeing is a graphical representation of what’s going on behind the scenes using the Kontakt 5 scripting language. Technically you could do everything yourself manual by just loading the libraries samples individually, but the benefit of the interface is developers can create swanky front-end GUIs that look and behave in a more conventional manner than just playing with scripts. 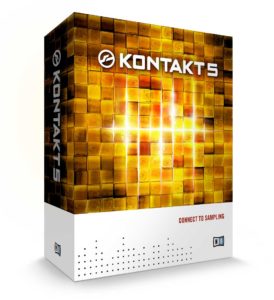 Probably the biggest benefit of learning the inner workings of Kontakt is to create unique sounds. The problem with Native Instruments Kontakt is millions of producers use it around the world and the vast majority probably never go any deeper than just the factory sound banks. This is problematic as its quite easy to pick Kontakt factory sounds all over the place, everyone starts to sound very sameish. It’s not too difficult to get behind the scenes to make some fairly simple changes and start creating your own sounds quickly.

Finding sounds in Kontakt 5 is easy too. By using the File browser you can search your PC for NI patches and pretty much any other format that Kontakt 5 will convert on the fly to its propriety format. The Library view is for custom library banks, and the Database view is a handy way to filter through your collection using keywords.

So yes, there is no doubt this is a wonderful piece of software and you really should have at least the free version in your collection.  I’m not entirely convinced the full version is worth the whopping price considering for around $900 you can buy Komplete which has this and a huge collection of Kontakt libraries included.

The full version should appeal to producers who like the ‘work in the shell’ approach NI are well known for (aka Maschine).  There are alternatives out there, such as the previously mention Steinberg HALion 5 and UVI’s incredible Falcon, but NI has continued to improve and expand into the industry default with a huge user base and ever-expanding libraries.