Katy Perry’s WITNESS: The Tour comes to New Zealand in just over 10 weeks time and final tickets for both Auckland shows are on sale now!

This critically acclaimed tour, which has been travelling the world since September 2017, is a dazzling spectacular rivalling Katy’s 2014/2015 Prismatic Tour, which was a global phenomenon!

Ahead of the New Zealand dates of WITNESS: The Tour, Paul Dainty A.M., President and CEO of TEG Dainty has announced that GRAMMY award-winning artist, DJ, producer and songwriter ZEDD is confirmed as very special guest at the final shows of the tour in Auckland.

Multi-platinum, GRAMMY award-winning artist/DJ/producer Zedd made his debut with Clarity after signing with Interscope in 2012 and has been breaking down barriers surrounding music genres ever since. His latest single, “The Middle” with Maren Morris and Grey, was declared “catchy as hell” by MTV and Rolling Stone called it “an infectious earworm.” The track has already amassed over 700 million streams, spent seven weeks at #1 at Top 40 Radio in the U.S. and six weeks at #1 on the Hot AC chart. “The Middle” is his follow up to his 2017 hit singles “Get Low” with Liam Payne and “Stay” with Alessia Cara.

“Stay” earned Zedd his first #1 at Top 40 Radio and his second GRAMMY nomination. In 2015, Zedd released True Colors, which debuted at No. 4 on the Billboard Top 200 Albums chart. Throughout his career, Zedd has worked with a diverse range of artists to create hits, including Hayley Williams on platinum hit “Stay The Night,” which racked up more than 400 million streams, and Selena Gomez on the platinum track “I Want You To Know,” which spent four weeks at No. 1 on Billboard’s Hot Dance/Electronic Songs chart.

After touring the world, it’s New Zealand’s turn to celebrate the long-awaited return of Katy Perry live on the WITNESS: The Tour with very special guest Zedd. 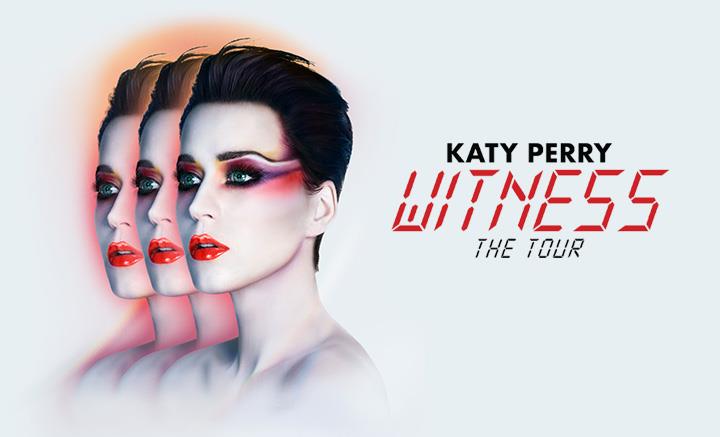