“My music is about the darkness that we typically don’t like to talk about. The truth is we all face difficult times and if we could be honest about it, the better the chances of us overcoming our demons.” 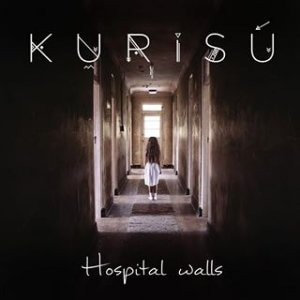 Kurisú is an artist that weaves hard realities into the relatable, that peers down the darker lane of electronic while maintaining the light at the end of the tunnel. We’ve all got shit to deal with – and this girl wants to bring it to the surface.

Originally from Japan and now based in Auckland, Kurisú is a food-loving, puppy-patting, music-making Queen whose work is decidedly dominated by turning off the simulated sparkles and turning up the transparency. She describes her art as “truth in the form of an alter-ego”. It’s about knowing we’re all a little crazy, and knowing you’re not alone – a refreshing discourse that attempts to wipe clean a feed of filtered faces.

She’s also an artist with a clear direction. For as long as she can remember she’s known she wanted to be in music – it’s always the way she’s expressed herself – and has been tiptoeing around the local scene while she carefully crafted her own sound and found her own voice.

“I grew up listening to an eclectic range of music, from musicals to gangster rap, jazz, soul – it’s all played a part in my journey. It took me a long while to really nail down what sound best represented me, and a sound that was true to my voice. I am an odd ball so trying to sound like a pop diva just wouldn’t work!”

Kurisú’s boots are made for walkin’ and, now firm-footed in what she stands for, is set to release her debut single ‘Hospital Walls’ this March. True to her word, the song is as reflective as it is remarkable: effortlessly lacing down-to-earth lyrics and entrancing vocals with distinctive beats.

“Hospital Walls is about an everyday struggle of feeling like you are crazy. It’s about having trust in yourself to beat those internal battles, as well as having trust in others…because what does it even mean to be normal? Aren’t we all a little crazy?”

Available from 31st March through Black Lotus, ‘Hospital Walls’ is the first in a run of releases for this exciting up-and-coming act. Conscious in her craft and killing it with her tracks, it’s time for this Queen to reign.