Hello music makers.  This week on StudioWise we’ve been given a copy of Impact Soundworks brand new vocal library Allura to look at.  The company has released some really innovative products over the past few years so when they broke from tradition and introduced their first solo voice library we were definitely more than a little intrigued to have a play.

Allura does not feature a full word builder, multiple mics or advance synthesis.  It is mostly a simple sample player with some nicely recorded vocal performances.  And if what you need is something simple that sounds amazing, Allura could be the ticket.

Let’s get this installed and see how it sounds.

Allura is a solo vocal phrase sample collection with a Kontakt based player interface performed by vocalist Jillian Aversa.  The original wav files are provided and, if you choose to bypass the software, you can drag phrases directly into your arrangement. 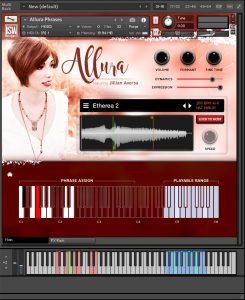 150 phrases are included, each individual recording performed in C, D#, F# and A.  The samples are never pitched more than 3 semitones so they sound more realistic, especially when played as a chord as there is a usually a unique recording on each note your finger plays. And since each phrase is recorded four times there are nice little human variances that bring a more life-like performance.

The Kontakt sample player features a phrase assign area where you load and trigger individual samples from your keyboard.  A second playable range zone allows you to alter the pitch.  You also get volume, formant and tuning controls, each being unique settings for each sample loaded.  The sample browser includes a context-sensitive search field where you can look by mode, vowel, tempo or time signature.

A dynamics slider appears to alter the cutoff or brightness with an expression slider for overall volume. The samples are recorded at a specific tempo, though you can lock to your DAW sequencer host.  As long as you don’t go crazy, changing the tempo doesn’t audibly degenerate the sample quality much. 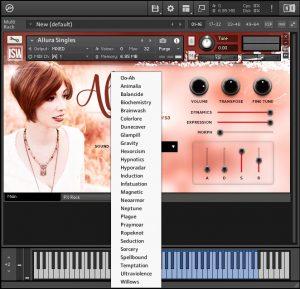 You can play the phrases singularly or as a chord, and thanks to the unique samples spacing, even triad chords sound great with no phasing or weird dissonance.  Jillian has strong full range, so the lower notes sound equally as characterful as the high ones.

Some really nice rhythms can be made by playing held notes at different times.  Frustratingly, there is no way to pan individual pitch key assignments, as you might want to do to spread out each of the vocalists in a chord to create a wider coral style sound.

Included is a second “Single” patch as a sort of bonus extra.  The patch features a single vocal preset that can be morphed between “ooh” and “ahh” via a MIDI slider, plus a handy ADSR amp envelope.  There is a bunch of preset atmosphere type presets included made apparently from morphing Jillian’s voice with a plethora of effects.  I don’t care too much for the atmospheres, especially in a solo vocal library, but a sound designer short on spacey sounding pad sounds might find something useful here.

I did, however, find the single vocal preset very usable in conjunction with the main phrases patch.  As a solo instrument, even with some ADSR treatment and effects, they do not sound particularly lifelike when played fast on the keyboard, but I found adding nice little oohs or ahhs here and they really complimented my arrangements and helped create unique sounding phrases.

The singles patch disappointingly has only one preset to use, which I think is a real missed opportunity. With the single morphable “ooh-ahh” preset you could add loads of embellishments to the phrases, if only there were a few more to throw in the mix.

On the whole, Allura features a simple yet elegant interface, and although the browser section is featured and easy to use, I wish they had included some preset phrase multi combinations, going one by one through the 150 phrases to hunt out specific voicings is tedious.

I was uninspired by Impact Soundworks built-in effect rack in Shreddage 2.  However, in this context most included devices in the effect rack sound nice enough to use as your main effect.  The reverb will be your main focus, and though you can probably do better with 3rd party alternatives, it is not bad at all and worked well with every environment I test the instrument with.

Running Allura through some high-end reverb plugins lifted the character somewhat, but not as much as I expected.  I think the effects have been tailored well to suit Jillian’s voice.

As a Kontakt instrument you will always expect some performance loss, but on the whole, Allura has one of the most frugal resource requirements we have seen for a VI.  Each sample loaded draws around 5-8 megabytes, with a decent multi demanding no more than 100.

I did experience some sample dropping when playing fast, which is not a major issue as the instrument is not intended to be used that way.  Loading times are fast and we had no crashes or anything weird happening.  Nice solid software. 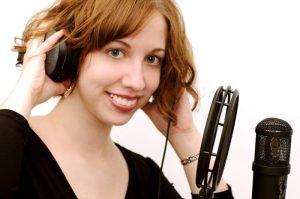 It’s prudent to dedicate some time to the performer behind Allura. Jillian Aversa is an award-winning composer and vocal performer with an extensive catalogue of film, pop music and video game soundtracks under her belt.

Fans of Halo, Civilization, Metal Gear Solid and God of War may be more familiar with her work. Having featured on these and many more, Jillian’s forte has been the beautiful ethereal operatic style that helps make the big triple-A rated games so ambient and immersive.

Jillian has a host of videos on YouTube showing her current and previous projects, including snippets from the fantastic 2014 Video Games Live concert series in which she toured with.  Her rich and ethereal style translates perfectly for soundtrack music, sound and game design.

Allura is a wonderful showcase of Jillian Aversa’s sublime vocal timbre.  It is not a huge library but it has high-quality samples and an intuitive interface.

I like the simple sample player engine and the included effects rack is very successful.  The lack of any phrase presets seems like a wasted opportunity to really show off the flexibility Allura, and I would have loved to have seen more vocal consonants available as morphable singles.

I also appreciate the effort put into the bonus atmosphere presets, though they were mostly unused in my case.

Where Allura really shines for me is as part of a grand orchestral ensemble. With a good mix of well-chosen phrases supported by melodic singular lines, this library sounds absolutely phenomenal.  There is a risk of accidentally plagiarizing other composers’ work due to the very distinctive tonal character of the library, so some care should be used to create a unique sound performance wherever possible.

Allura from Impact Soundworks is a fantastic sounding and simple instrument to use with a huge number of expertly performed and recorded samples phrases. I am heartened to see this is sub-titled “Volume 1”, promising future releases to further enhance and expand on this potential series. $59 rrp represents unbelievable value so I hope the community picks up on this one and supports it, I would love to see more soon.