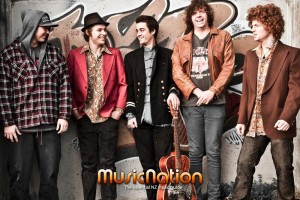 Former Western Springs Collage Kids Harvey Knows A Killer have been gigging around the Auckland pub/bar scene successfully for 5 years. Playing at venues such as Kings Arms , Dogs bollocks,  Whammy , Khuja, Kingslander and Juice Bar to name a few.

You would be hard-pressed to believe that this band did not live through the 60’s or 70’s. They have recreated a sound that is reminiscent of the psychedelic era and dipped it in the melting pot of genres that is Aotearoa music, to produce their own style Southern Fried Voodoo Funk!

Harvey Knows A Killer takes one home grown rhythm Machine, grooves and layers it over a smokey organ and the soul funk pipes of a preacher, they then serve it red hot with a pair of southern fried guitars and their own honey mellowed harmonies

Harvey Knows A Killer from Music Nation on Vimeo.