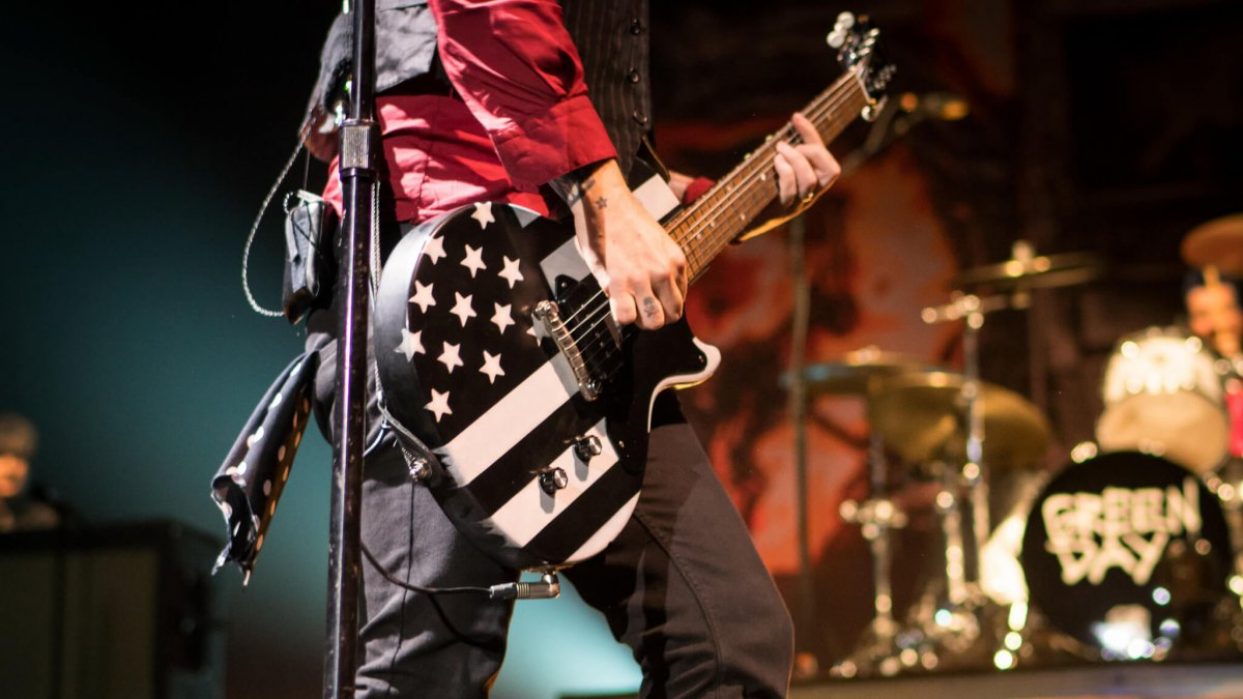 Even without the mysterious pink bunny serving as a hype man — who was running around, urging the capacity crowd at Auckland’s Spark Arena to raise their arms while singing along to The Ramones’ “Blitzkrieg Bop” — Green Day’s audience would have been raring to go.

That’s because after three decades of performing, neither the group’s punk-rock spirit, nor their ear for a catchy hook and chorus had faded.

In fact, Donald Trump’s presidency has done quite the opposite for the Californian punk-pop giants, helping them recapture the sense of urgency and relevance that they had with the release of 2004’s American Idiot.

Kicking off with a fired-up version of Know Your Enemy (and I mean fired up in both the literal and metaphorical sense), frontman Billie Joel Armstrong and co. launched into two singles from their well-received new album Revolution Radio. The new album is very good, and it was hard to know if the heat at the Arena was being generated more from the amped-up crowd or the flamethrowers perched worryingly close behind drummer Tre Cool.

With the exception of a few songs, Green Day largely steered away from newer tunes, a wise choice for a band with over thirty years of songs to choose from, and for a mammoth 28 songs we were treated to a stomping, big-beating, ode to everything that is awesome about the bubblegum pop-punk that they’ve been at the forefront of for so long.

The energy between the three members is remarkable and Billie Joel Armstrong, Tre Cool, and bassist Mike Dirnt haven’t aged a bit since their formative years in 80s California punk scene.

Tre Colls drumming was precise and energetic, Mike Dirnt worked the right side of the stage with effortless cool, while Billie Joel put on a masterclass in stagecraft and showmanship, using every opportunity to whip the crowd into a frenzy.

In keeping with their “jamming-with-a-fan” tradition, one of a number of onstage moments that seemed from Bruce Springsteen’s relentless crowd-pleasing presence, Armstrong pulled three fans onstage during the concert, even gifting a girl Sarah a guitar before encouraging to crowd surf into the darkness.

Every Green Day performance is still a tour de force, and the bands setlist was as pleasing as it was varied. There were a lot of songs from their smash hit American Idiot album including extended plays of “Jesus Of Suburbia” and “St Jimmy” which meshed beautifully with earlier hits like “Basket Case”, “Minority” and “When I Come Around.

Though perhaps the most unique moment began with touring band member Jason Freese’s saxophone solo (while wearing an Egyptian headdress), which kicked off a slew of covers including George Michael’s “Careless Whisper,” The Isley Brothers’ “Shout,” “Satisfaction” by the Rolling Stones and The Beatles’ “Hey Jude,” which warranted the appearance of countless phone flashlights (although some lighters were out). This medley was taken right out of Springsteen’s playbook and while being a bit out of place (and arguably going on for too long), was warmly received by the crowd.

Finally, after two-and-a-half hours, the crowd was treated to a stunning solo, acoustic performance by Armstrong, singing “Time of your Life” – a great way to show love for the fans that packed out Spark Arena, and have been supporting them throughout their mammoth career.