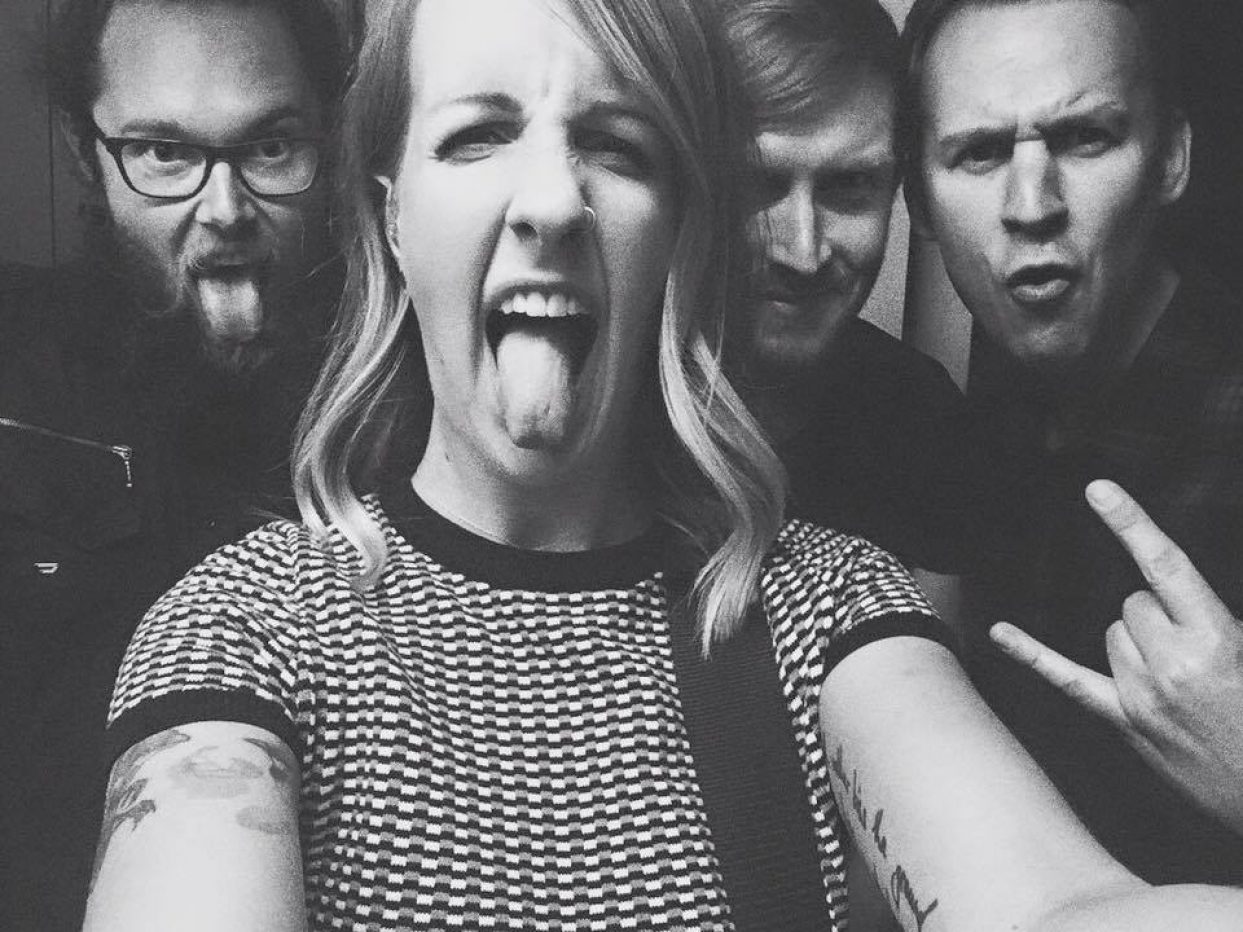 My planned 20-minute interview with Emma Cameron from rock band Decades became an hour-long banter session that may have veered from the subject of promoting the band more than a few times. I mean, She’s media savvy, rocks it like a boss on stage, and loves good whisky – a fine representation of the talent coming out from the Mighty South.

We’re talking on the phone as she is sitting in the carpark out in the middle of South New Brighton…just watching her mate Jed Parsons casually shoot a music video on a basketball court with brightly coloured ski suits on…as you do. 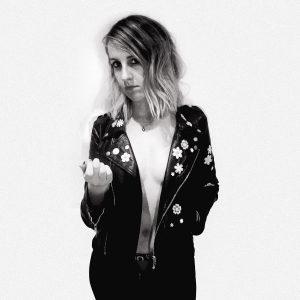 I’ve followed Emma since the bands early Ashei days, but this is the first chance I’ve had to catch up since the name change. They decided on rebranding themselves in 2015 while working on their debute album The Truth and Other People due to the constant struggle with pronouncing their name. While in the studio band manager Tom Larkin from Shihad fame suggested the change as they were keen to revamp the brand with the edgy new sound.

‘Decades’ is perfectly fitting as they formed a decade ago, and of course, when it becomes the 20-year anniversary the plural will make total sense. This is not the first time the name has changed but most importantly the same lineup of friends has persisted throughout the years. 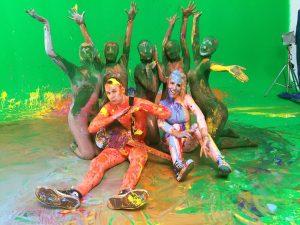 There was a humorous conversation that maybe she could change her name to something more rock’n’roll…like Roxy (personally, I think Sharon is more Kiwi-tres chic), but one world-changing event at a time is enough right now.

Besides, the band has better ideas in mind to attract attention…like donning skin-tight lycra body suits for The Truth video and slathering themselves in paint spraying Nerf guns! A Facebook comment quoted “I imagine that’s what an acid trip would look like”.

Emma is proud as hell about the track, one about getting the truth from a partner who has been unfaithful. The paint I think metaphorically portrays the deeper discord in the songwriting. The Truth is another riff-centric 3-minute crowd pleaser from an album packed with heavy hitting motifs.

‘I like making that kind of content. I love watching my favourite musicians and bands and seeing them having a laugh too, rather than the usual corporate marketing stuff’ Emma says. One thing I think we both agree on, music should be both artistic, profound and maybe a little tongue in cheek too.

Decades are, of course, a collective of talented musicians, namely Curtis Booth on bass, Dan Perry on drums and guitarist and songwriter Liam Muir co-starring and getting equally messy next to Emma in the video.

Being on an acid trip is the furthest thing from her mind right now as managing the entire operation is a full-time job and one that demands that her full focus. Though the question of ‘Quality or quantity’ did pop up as I asked if would she rather a single craft beer or a box of double browns? It turns out she is a sucker for fine whisky. ‘I enjoy quality in quantity amounts’

It’s important to balance rockstar idealism with an entrepreneurial mindset. ‘I get made fun of for my lists. I LOVE lists. How the fuck does anyone get anything done without lists?!’ 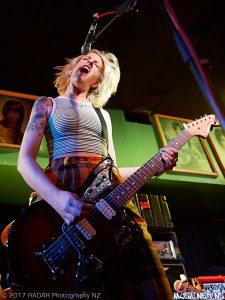 She is used to a lot of interviews, so I spice things up… 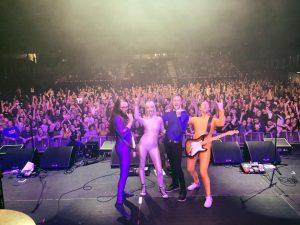 KJ: Ok then, who do you hate the most in the band?
EC: Oh (laughs)…shit. Well, they are like my brothers so I can’t really hate them because they’re family. Like your siblings where you love them but kinda hate them so it’s not mean at all to say I hate them. Definitely not Dan because we are besties. Although we do fight a lot… I think Liam by default – because he lives in Auckland.

KJ: Most memorable gig?
EC: Opening for Taking Back Sunday, a band that inspired us to form a band in the first place. And a most recent favourite; probably Meow in Wellington last year on our album release tour.

She says the intimacy and energy of the venue, and the surprising popularity really reflects how they feel as a band.

KJ: Favourite musicians?
EC: Michael Jackson hands down. I could easily talk about my love for him and his music until I am blue in the face. But these last few years I have been a bit obsessed with the Scottish band Biffy Clyro.

She has bumped into them several times following their tour at luggage claims but promises she isn’t stalking. And she was lucky enough to be invited to a sound check once, so they don’t think shes, in her words, ‘a fucking psycho’. It’s her dream and would literally die if she got open for their concert.

For those familiar with the current hit ‘The Right Mistake‘, this is one that really reflects on the band. “It was a song we weren’t expecting to have the impact that it did. Right now, we are really enjoying that vibe”. The song is currently in the top 10 on Hauraki and The Rock, and with nominations in the Vodafone Music Awards last year we can only cross our fingers that the success reflects with some awards.

If you were lucky enough to get a ticket to Jim Beam Homegrown you would have seen these guys killing it on the Jim Beam Rock stage in the same bright bodysuits from the video. I asked Emma what she thought of the day with her highlights and lowlights. 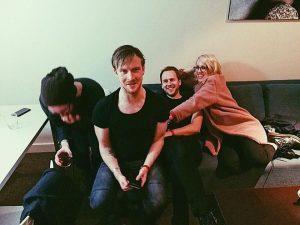 EC: Homegrown was so much fun this year – more so than our debut opening the rock stage last year. We had a really engaging crowd singing along and we totally pulled off the lycra unitards. A highlight was all of the rock acts ‘banding’ (ha) together to support the 1737 mental health helpline – I’d tee’d that all up so I was stoked when they all agreed to wear badges with the 1737 number on it, and talk about the importance of reaching out when you’re feeling down to the thousands of people in the arena. The lows would have been those bastards Villainy making us help them blow up all their bloody inflatable balls. 😉

Other memorable gigs for the band were opening for Taking Back Sunday, a band that inspired them to form in the first place. And Meow in Wellington last year on their album release tour. She loved the intimacy of the venue and the surprising energy of the crowd. She also has a passion for historic theatres and although her ultimate goal is, of course, to sell out stadiums, she would also love to play in some of the countries well known and respected heritage buildings.

Emma Cameron and Decades are most certainly going big places, and for those wanting this rock’n’roll lifestyle too, she has let us in on her secret diet. ‘Whisky, whisky and more whisky. Although,’ she laughs, ‘if I’d answered this yesterday I would’ve said I’ll never look another whiskey in the eye again after last Thursday’

If that’s the secret to success then I suggest other acts take a leaf out of her book and order it by the barrel.

Emma Cameron has high expectations so there is no doubt more on the horizon for Decades…though how they plan on topping skin-tight lycra body suits in front of thousands of screaming fans we can’t wait to see.

Stay in touch with Decades facebook.com/DecadesX 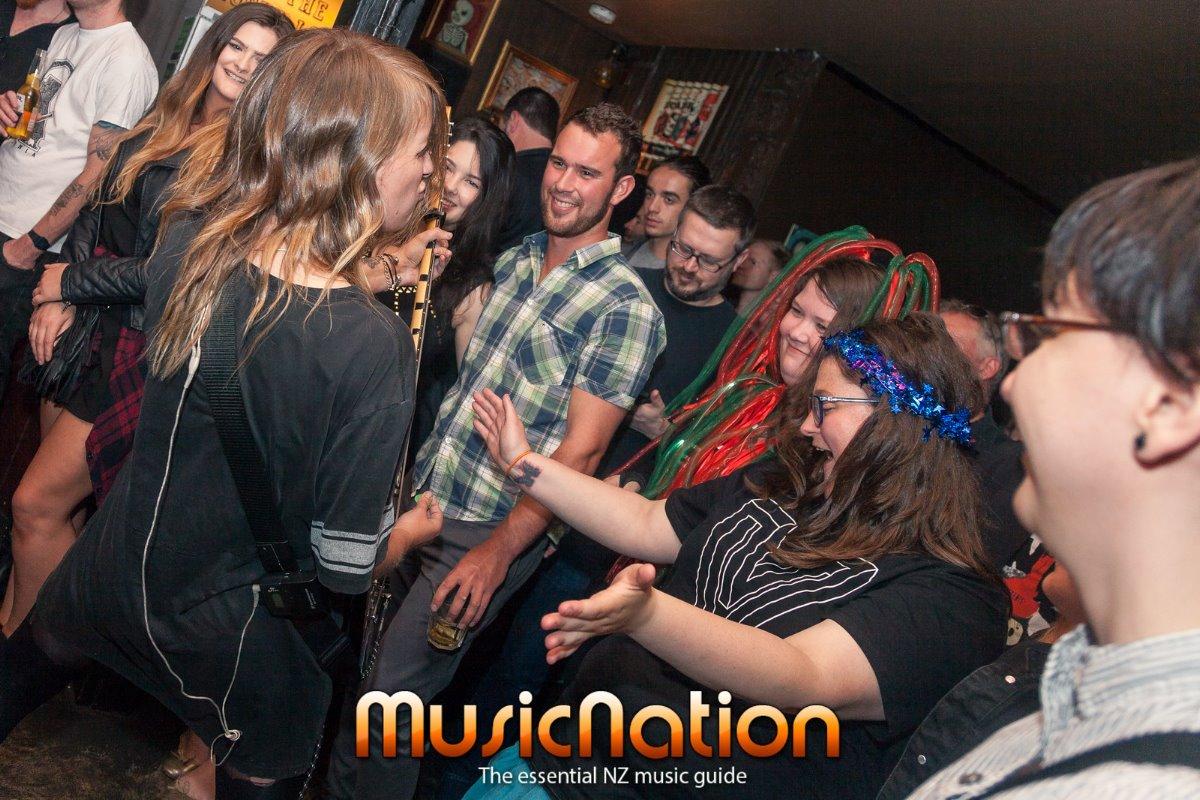