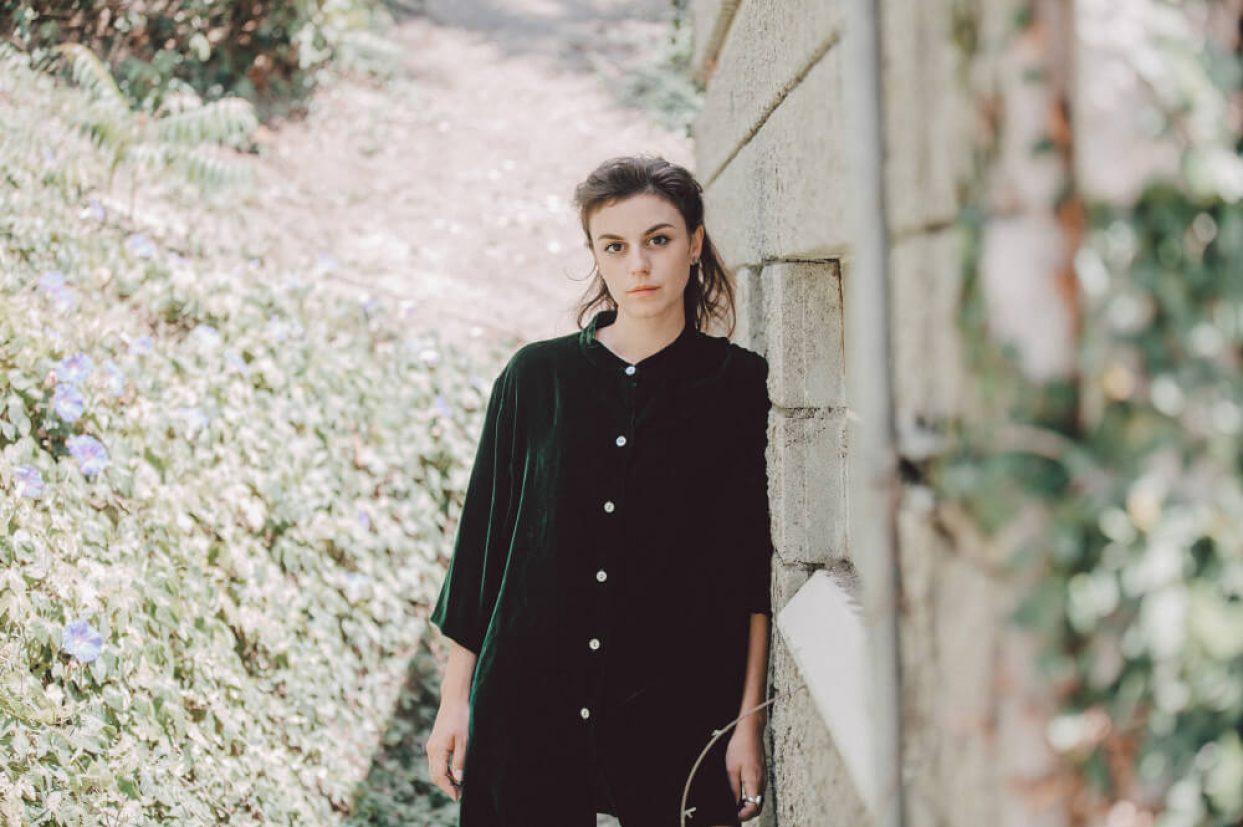 After hearing that the Kings Arms would not be knocked down to make way for expensive city housing, I couldn’t think of a better way to celebrate the Tavern’s Longevity than with the captivating, hypnotic sounds of Deradoorian.

One of my lovely friends at The Label suggested I catch a night of experimental rock and mood lighting with Angel Deradoorian’s solo project (former member of Dirty Projectors). Let’s just say, if I knew how blown away I was about to get, I would have remembered my wallet and stashed my handbag full of merch, and CDs – this duo was an explosive exhibition of sound.

The set up was nothing fancy. Violet and blue lights revealed two musicians facing each other across a carefully stacked mound of instruments with their sides to the audience. Their orientation created the feeling of watching a private jam session. Crowd interaction and acknowledgement was almost nonexistent as they divided no attention away from the job at hand.

Now, with any gig I am a huge advocate on showmanship and crowd interaction. Generally, because the gigs I most enjoy are those that aptly display the energy that the music creates. That and the last thing I want is to hear what I know from an album and not experience anything  different in the live performance. So for me to be totally captivated by the music and how it’s created on stage is an accurate representation of innovative musicianship.

Flute, Bass, and Keys formed the hypnotic intro to the set. Their vocal harmonies weaving around each other in an almost tribal fashion as they climbed the register and contrasted with the bass in counterpoint. Still unaware of where the music would be progressing at this point, the drums break the ambience and formulate music that is chill, intense and intelligent.

The progressions went in directions that you didn’t expect, and every track had its flavour, tension and flow.  The music didn’t require jumping around and making it visually stimulating in a show pony kind of way. In fact, their long black attire (not too different from the Kings Arms draped stage) made it very clear that the focus was to be on their craft.  Just to see them in their art, juggling instruments, (sometimes three at a time) creating live, and multi-instrumental loops, was enough of a visual spectacle to harness the eyes and ears of the audience.