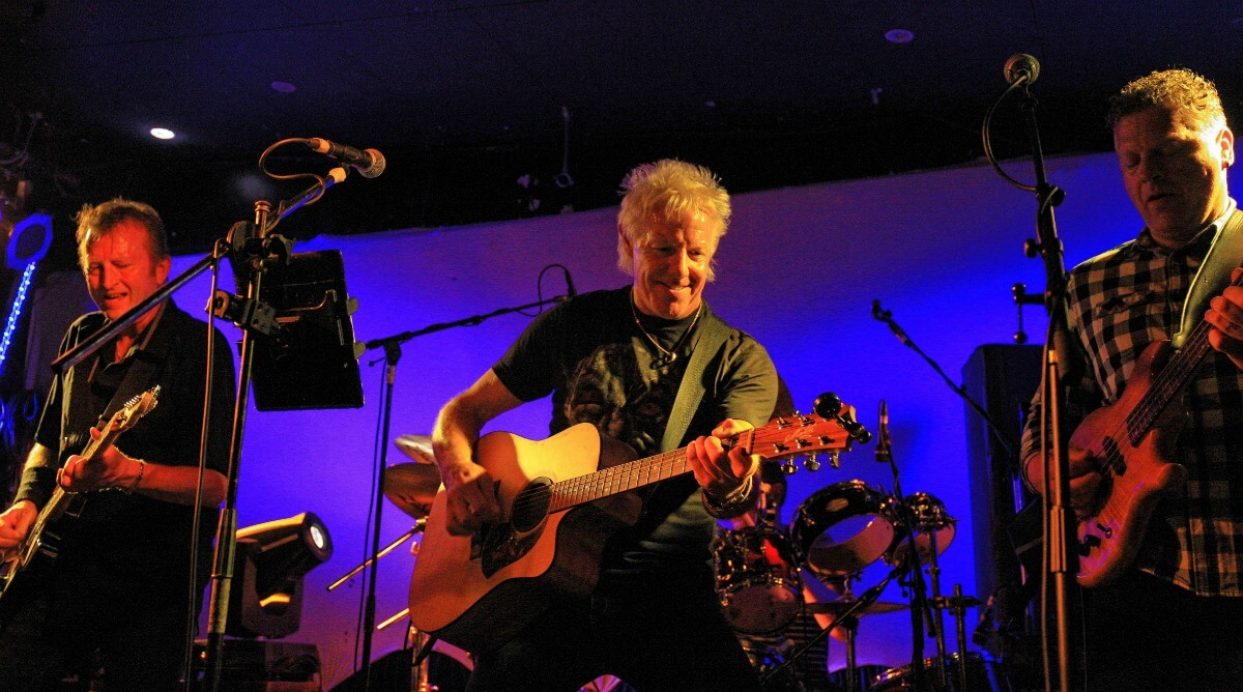 The All Blacks weren’t the only ones to draw a sell-out crowd. Scottish indie rockers Big Country flew into Auckland to finally connect with Kiwi fans, something the band had been relishing for decades that has finally now come to pass.

“So this is Auckland?” wailed lead singer Simon Hough.

Big Country’s musical pedigree or cultural relevance cannot be ignored, their songs still manage to whip fans into a frenzy, as evident from the mature Kings Arms audience. The vocal crowd keen to trip down memory lane as the band pulled out the hit songs including the iconic Fields Of Fire (400 miles) and a crowd-rousing version of In A Big Country.

The Scottish group had a bit to make up for fans, their original tour in the 80s to New Zealand fell through, it was a long wait, however, fans didn’t have to wait nearly as long before the hits came rolling out. Starting with Porrohman, the band wasted no time working their way up to include hits from their hit albums including Just A Shadow and Look Away.

For a band that was around over thirty years ago, their musical execution was second to none. Powerhouse drummer Mark Brzezicki who also played with The Cult, played with the precision of a Swiss watchmaker, his fluid jazz style not at all compromising their familiar Celtic rock sound which always sounded to me bordering on the alternative.

Vocalist Simon Hough more than made up in absence of original vocalist Stuart Adamson who sadly passed away. His voice on Fields Of Fire and Wonderland were spot on, it was quite an uncanny resemblance.

Bassist Matt Pegg also got into mode his playing his tasty bass licks while guitarists Bruce Watson and son Jamie added to the festive vibe dancing around the stage with guitars in tow, it was a genial touch a rarity these days to see artists actually enjoying themselves.

Big Country prove that they are a band who can still deliver the goods.

It’s a testament to the great songs like Chance or Steeltown that have survived the decades, also an ode to singer and ex-Skids vocalist Stuart Adamson who no doubt would be smiling down from on high.

Full points also to the guy shouting “Into the valley” all night and the guy up front with the Big Country banner, as Bruce Watson said “We’ll be back to play the whole album of The Seer” . Something tells me those guys will hold them up to it.

Bring it on, we can’t wait.