Iconic Flying Nun band The Bats are in good spirits as they approach the stage. Their tour for their new album Deep Set is the band’s ninth and more notably, thirty years since recording their debut album Daddy’s Highway, part of it was recorded in Glasgow in the mid-eighties.

WORDS AND PHOTOS BY WAL REID

The new album is a resurgence, propelling the Bats into the 21st century, not that they need it, of course – as lead guitarist/vocalist Kaye Woodward remarked, “Tonight will be hard to beat”, a reference to their Hamilton gig the night before.

As their trademark “mainland melancholy” jangle cut through the muted audience, its grand presence of songs from the past collided with new tunes No Trace & Walking Man, a perfect juxtaposition of timeless bliss as singer Robert Scott mused about playing the Kings Arms for the last time, “Things come, things go” as someone in the crowd piped up, “And money talks”.

The band are celebrating their thirty year milestone and even had a couple of guests including the stringed duet who played on the latest album. Scott’s “heavy folk” baseball cap bobbing up in full flight, recalibrating himself on tunes Busy and Up To The Sky.

Drummer Malcolm Grant was clinical, his drumming providing the backbone to Paul Kean’s sporadic stage moves as he’d get an inkling in between songs to engage the mic on backing vocals before assuming his default position beside Woodward.

Make sure you see these guys before they head to Europe, The Bats still retain that “garage band for over forties” sound that is still as relevant today as it was thirty years ago, the songs echoing that nostalgic time of decades past. Go the “Heavy Folksters” 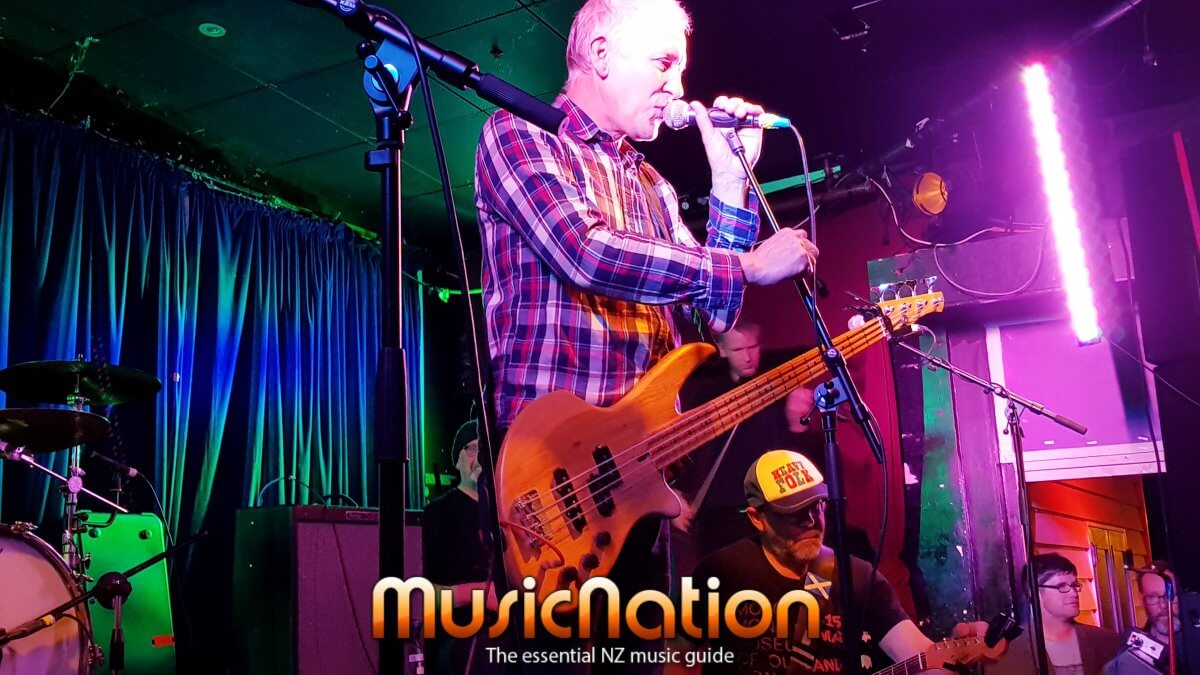