On Saturday the 19th March, I was given the amazing opportunity to attend Auckland City Limits. The sun was shining and one of the first things I did was check out Auckland Kiddie Limits, it was amazing to see that the event organisers had thought of everything. Down to the face painting to the bongo drums, even to giving children an area to make flutes out of potatoes. There was an array of activities and line-ups for children to partake in their own space, away from the noise and commotion. 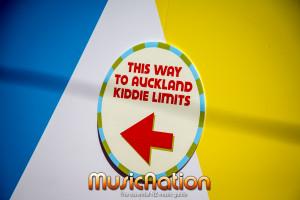 I left deciding to have a look at where all the fun was taking place. I headed towards the V Energy stage to see who was playing. I was distracted by the smell of all sorts of delicious food on offer; they had Moustache Cookies, gourmet chicken baguettes, the tried and true hot dogs & hot chips, as well as many other international gourmet food stalls. I couldn’t walk past the Beirut food tent without being greeted by the smell of what I can only assume is a gourmet barbeque, I was intrigued by what was playing so I continued towards the stage and was captivated by a band named Kinetic. The energy was insane and the crowd was going hard. After Kinetic, I headed to the Spark stages to check out the critically acclaimed, highly anticipated Highly Suspect (who did not disappoint their huge fan base eagerly awaiting their performance)

Auckland City Limits had copious amounts of great ideas, such as; everyone’s wristbands had an RFID tag that made the event cashless. As you walked in you could go to a festival bank to load money onto your wristband that you used to purchase everything on offer, you could top up at any time throughout the day. 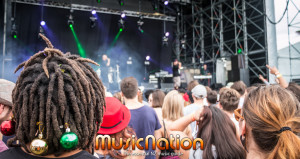 As the day progressed, the sky turned cloudy and it started to shower, this in no way dampened the mood as people continued to dance around and get their groove on. Up next were my two highlights of the day, Ladyhawke followed by Broods. It is safe to say I was in fangirl heaven with Ladyhawke’s performance; she was sensational singing hits such as “Paris is Burning” and “My Delirium”. As I was moving around from place to place, I noticed different genres of music catering to every music lover’s needs. On the next stage were Kiwi sibling duo Broods who were absolutely sensational, and for me a personal highlight.

As the Sun started to go down, I stayed at the Spark stages and watched The Naked and Famous and Fat Freddy’s Drop, who were both incredible, the crowd having a great time singing and dancing to the music. Our photographer Brad Holland came out of the photo pit with a big gleaming smile across his face as he mentioned how much he enjoyed Fat Freddy’s Drop a big fan he named them his favourite for the day. Up next were The National which I overheard and saw on social media as one of the fan favourites, their stage lighting and stage presence was stunning. 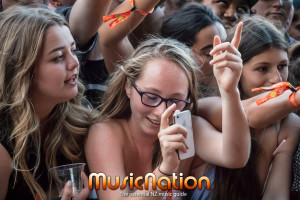 After The National, we headed over to the V Energy stages again to check out Shapeshifter, before making our way to the Spark One stage to see one of the headlining acts for the evening Kendrick Lamar. Sadly, he was 25 minutes late for his scheduled start and the crowd and his band were more than restless yelling his name and trying to coax him out onto the stage.

Our photographer Brad commented on how many people appeared to be “getting pulled out of the front row, it looked like people were getting crushed as the frustration in the crowd grew. Security did a great job of keeping people hydrated and safe to the best of their best abilities given the situation”.

Once Kendrick Lamar finally did start, the crowd seemed to forget about the delays and simply went nuts, yelling and screaming his name. He also mentioned that the ground was actually shaking due to the excitement and hype of the crowd.

I eagerly anticipate the next Auckland City Limits festival as this one was simply outstanding.

Local photographer based in East Auckland, I've been shooting for Vault Media Productions since 2011. I've been doing everything from 21'st to weddings and the occasional boudoir shoot. I joined Music Nation at the start of 2016 and have been loving every moment of it so far, I've been privileged enough to be put in front of some of the biggest modern day names in Music and its just the tip of the iceberg. I've shot for Kendrick Lamar, The National, Broods, Buckcherry, Auckland City Limits and Raggamuffin Festivals and many more. I cant wait to bring you more from these epic events. Follow me on Instagram & FB to see more of my work.