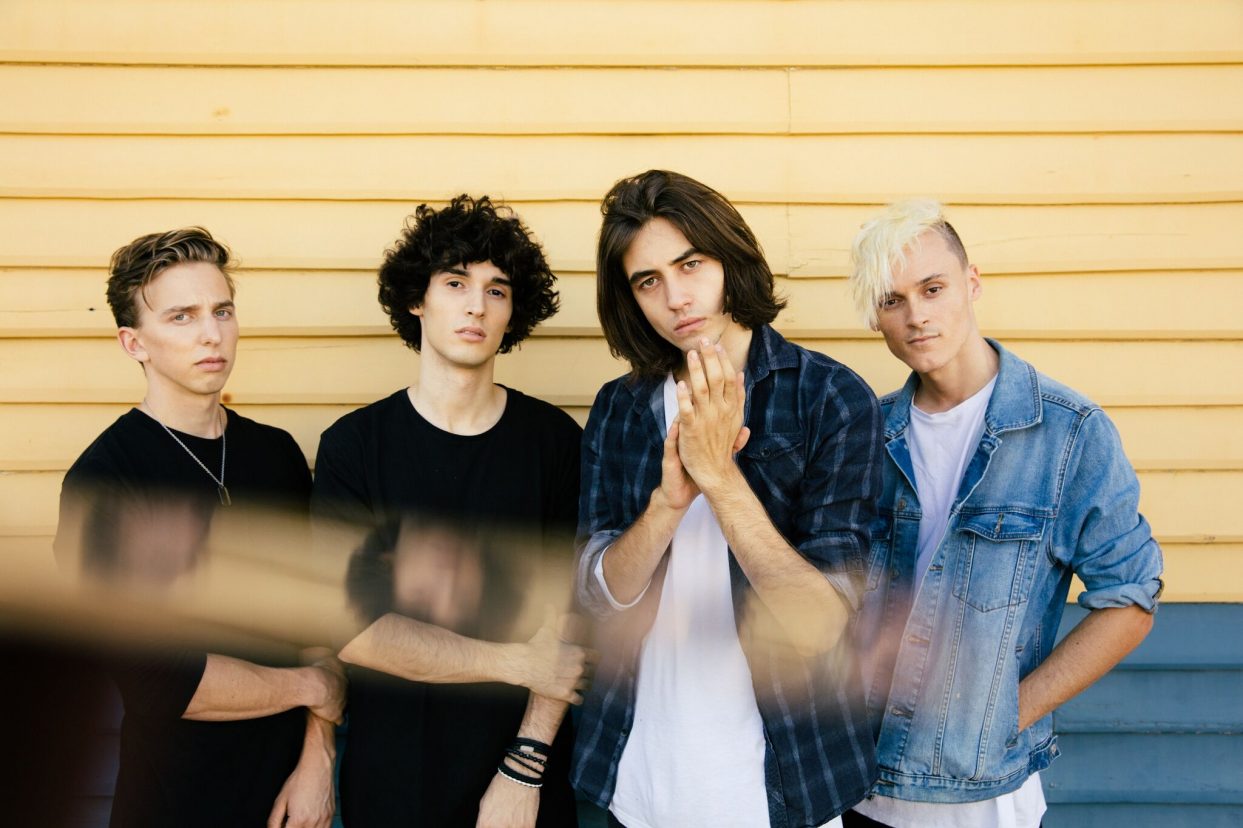 Touted as the “next big thing”, Aussie Rock Breakout stars The Faim have released their debut single ‘Saints Of The Sinners’. The song was co-written with none other than Fall Out Boy’s Pete Wentz.

Before all of this, The Faim was just a bunch of friends from Perth –Josh Raven (lead vocals), Michael Bono (lead guitar, bass and vocals), Stephen Beerkens (bass and keyboard) and Sean Tighe (drums and percussion). The group came together four years ago while still in high school. They built their repertoire and played shows. And they aimed high.

Last year, armed with a demo and some desktop research, the group reached out to Feldmann, the L.A.-based producer and songwriter behind hits by Blink 182, The Used, All Time Low, 5 Seconds of Summer and many more harder-edged bands. Feldmann liked what he heard. He wanted more and got it.

Wal Reid spoke with drummer Sean Tighe about their newfound “Faim” after their gig with Sleeping With Sirens, Chase Atlantic and Lower Than Atlantis and finds out this is their first time in New Zealand, “It is, for the boys as well, it’s wicked man, we’re just cruising.” Read the interview to see what’s happening with the Perth Rockers as they continue to “aim high” taking their journey to new levels.

Wal – There’s a lot of New Zealanders in Perth, probably more than there should be (laughter) Do you get on well with Kiwis?
Sean – We do. It was wicked getting to know everybody from the show. Everyone was getting into it, the crowd was going off, it was good fun man, it was really good fun.

Wal – How’s your single Saints Of the Sinners doing?
Sean – Incredible man, it’s just the reaction from everybody around the world, they love the song, it’s just crazy to us. We can’t wait to get new songs out and follow up with an album.

Wal – Tell us about your latest song Midland Line? 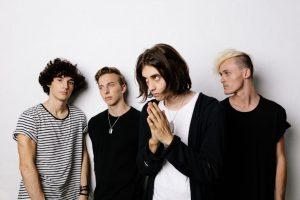 Sean – That basically summed up where we’re all from, our experiences and everything from when we were a younger age, we all came from Midland (Perth)

Wal – You’ve just been to L.A. working with some amazing people like Pete Wentz (Fallout Boy) who co-wrote Saints Of The Sinners with you. What was it like meeting people like these idols of yours?

Sean – It was quite amazing man, an insane experience for all of us. We were all very stunned as soon as he walked into the room, we’ve been inspired by him and Fallout Boy for quite a long time and always will be. To meet him and work with him was incredible. He brought a lot to the table, his energy and presence were amazing. It was awesome just being with him, just to learn from him, how to write songs.

Wal – Coming from Australia how has that helped you take on this newfound fame?
Sean – We’re getting used to it everything, we’ve always had that in our minds our hectic it was going be, just starting on we worked so hard every single day, understanding everything as it comes together, overall, it’s been amazing.

Wal – Do you think you deserve it? Have you worked hard enough for this break or has it come out of the blue?
Sean – I think if anyone in this world works hard enough for what they want, they can achieve anything. We just stuck to our guns and committed every single day to really go for it – go all out.

Wal – You guys have just finished touring Australasia with Sleeping With Sirens, when are you headlining your own tour?
Sean – We’re headlining five shows in the UK, which will be wicked, the band Lower Than Atlantis as well with us, getting to know them is awesome. We’ve got shows with them as well, so it’s all going good, we’ve got a lot of tours coming up.

Wal -Who’s made an impression on you guys so far?
Sean – Lower Than Atlantis, getting to know them and seeing their stage presence was awesome, even in L.A. Travis Barker all the co-writers, it’s been incredible. Josh Dun from 21 Pilots, I grew up watching those guys, being so inspired by those guys, so, getting to work with them has been surreal.

Wal – I have to ask this “What do your parents think of all this?”
Sean – They’re stoked man. They can’t believe it, all of our parents are over the moon by the whole thing, we’re continually getting better day after day after day, reaching for the top.

Wal – What’s coming up in the future for The Faim?
Sean – It’s all in the works, we’ve got some exciting stuff. I can’t be saying too much but we’ve got new album, we’re playing Reading & Leeds, Download Festival, that’s going to be incredible for us, just travelling, it’s really exciting, we can’t wait.

GUITAR FURY is an extensive 43 GB collection of nearly 600 multi-sampled guitars and guitar-inspired instrument presets. This is cinematic diversity at its finest, featuring multi-sampled performances captured by guitar impresario Steve Ouimette and programmed to perfection by the Sample Logic...

Famed for bringing new technologies to creative musicians by building innovative and unique musical instruments, Polyend is proud to announce availability of its aptly- named Limited Edition Black Medusa — a (literally) limited-edition of the Medusa hybrid synthesizer jointly released to...