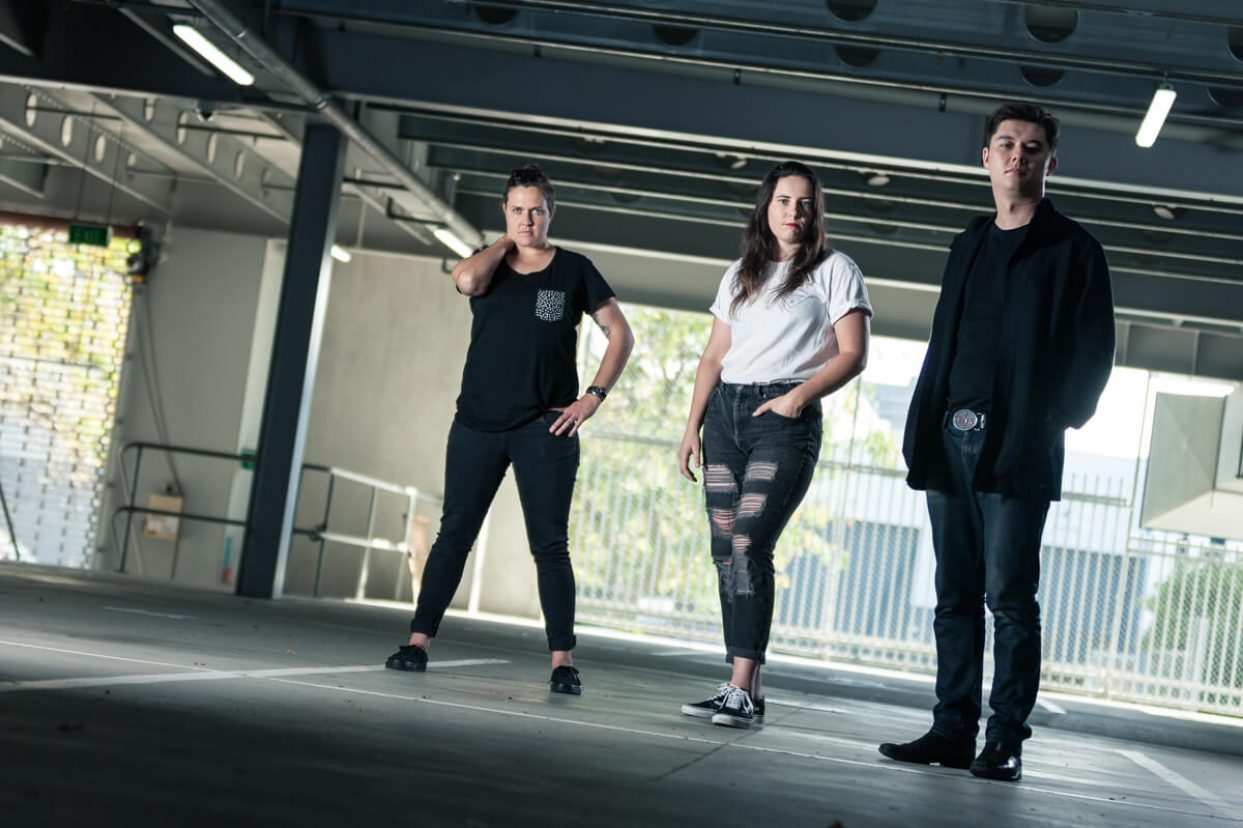 The sun is streaming down, while Auckland band Violet Highway are in a buoyant mood. We catch up with them at local haunt Maungawhau (Mt Eden to you & me)

Having recently launched their latest recording e.p. Breathe, they match passionate lyrics with catchy melodies, together armed with new drummer Niki Vel Cruz bashing on the skins. However, the talented trio are setting their sights on “bigger things.”

Lead vocalist Jacqui Munro can certainly belt out a tune, as evident, when they performed live recently on NZ Entertainment Podcast showcasing their acoustic version of their original song Friday Nite, also from their new e.p.

“I really like playing Breathe live,” she jokes. “But I think that Friday Nite is the catchiest because it gets really stuck in my head, which is kind of annoying when it’s your own song.”

The band is best described by listeners as “PJ Harvey meets Joan Jett” alongside her own gritty guitar work. The band’s rhythm section is defined by attention-grabbing bass riffs from Ant Deane and solid drumming from Niki.

“I didn’t know I was the fourth drummer, I thought I was the third.” She jokes.

“Because I’ve come in with the songs already done, it was more learning what was already there, and I put a little bit of my own flavour into it.” 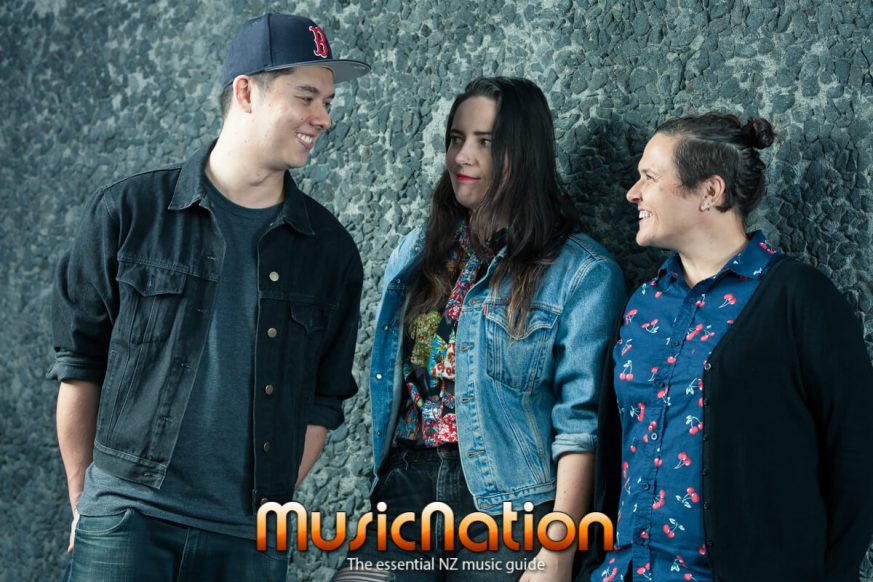 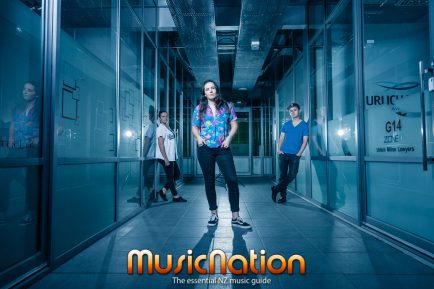 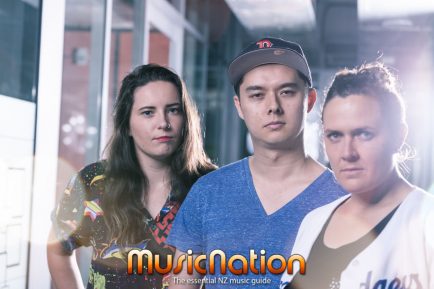 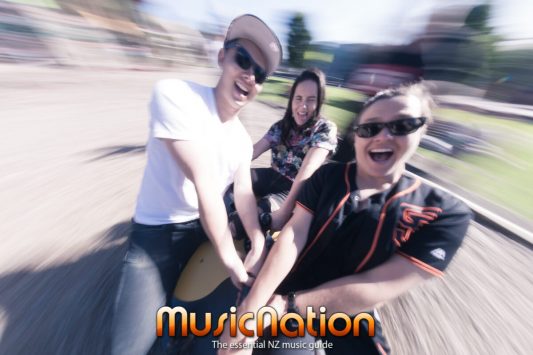 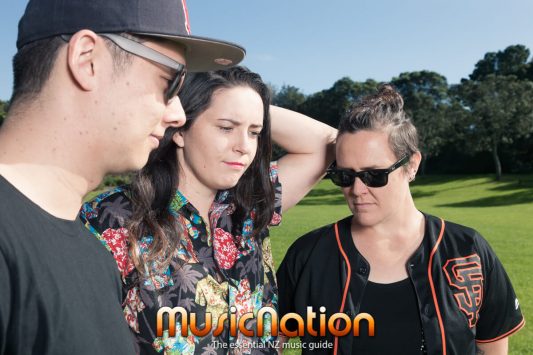 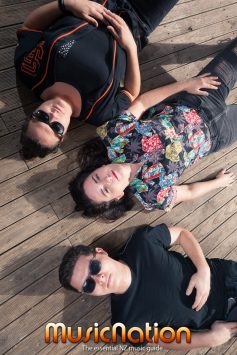 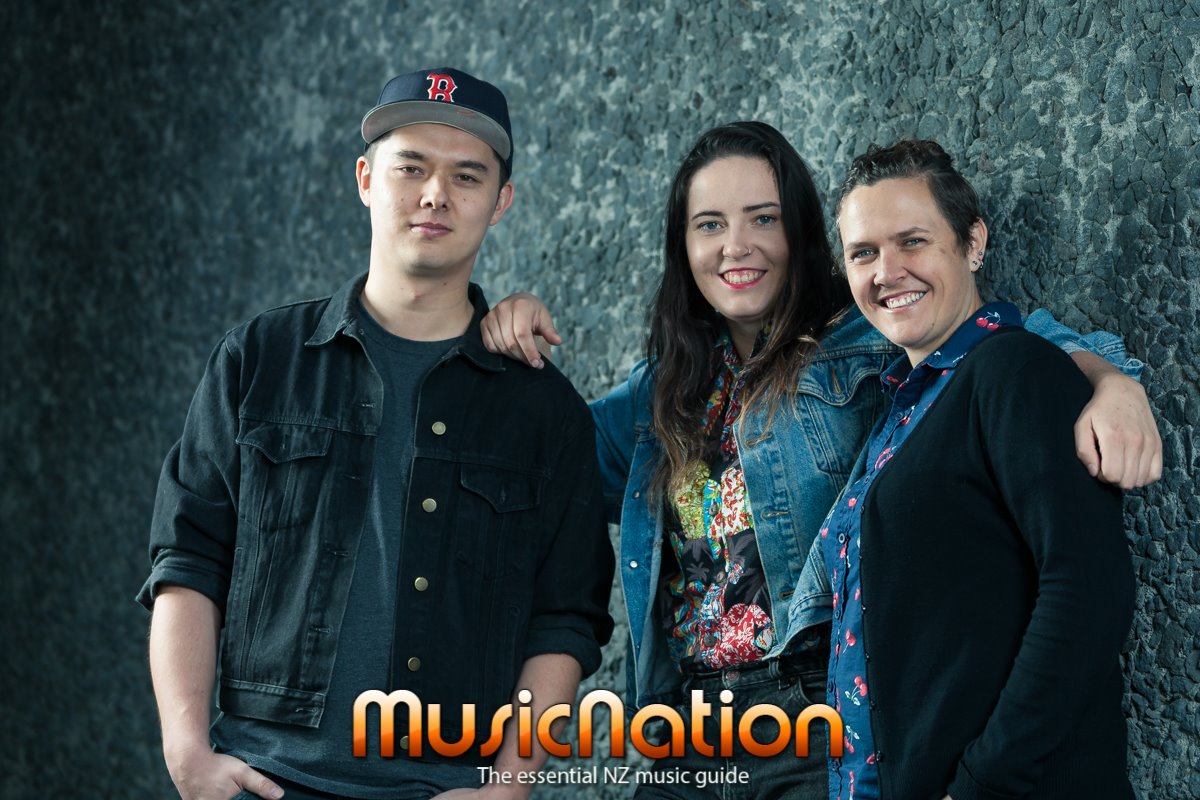 The talented trio have cut their teeth playing the local music circuit, as Ant points out, “It’s been a big learning curve over the last couple of years”.

At their recent album release party, the band tell the story of how the night nearly turned into a disaster.

“One of our mates had had a few,” says Jacqui. “People were taking turns on helping to hold her upright. At the end of one of our songs she dramatically lay down on the stage.”

“Your guitar pedal stopped, she fell and your pedal cut out.” says Niki chipping in.

They also have a music video out for their song Desire off their first e.p., the band hope to do another soon, which they say “will probably be for Friday Nite.”

“We’re getting more people at each gig,” notes Jacqui. “We want to keep that going. We want to make sure we do good quality gigs with good turnouts. We’ve got all our stuff on Spotify which is cool now so people can access whenever they want.”

As for the future of the band, Ant is quick to add. “We’re still writing songs at the moment. We still have a bit of material to write – we’re trying to get it heard by people who want to hear it – We’ll get there.”.